Bernard has suffered a nasty looking injury in the first of Everton’s Premier League clash against Brighton.

The Brazilian slipped on the wet turf and looked to have done some damage to his knee, leading to his substitution for Gylfi Sigurdsson just before the half hour mark. 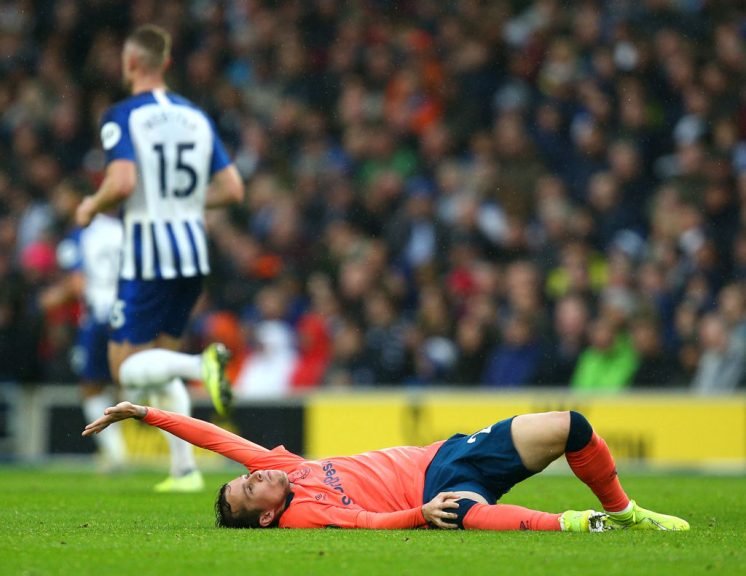 If the injury is serious then it will be a huge concern for Marco Silva, who would have been hoping his injury issues were behind him, and a hammer blow for Bernard whose confidence had been growing with every game.

With the 27-year old’s disappointing injury seeing him withdrawn, a number of Everton fans took to social media to express their disappointment and frustrations.

Twitter: It looked like a really bad one for Bernard.your knee isn’t supposed to bend that way (@Andy_H_EFC)

Twitter: Everton all over, Mina good few games gets an injury, Bernard boss last week finally gets a couple of starts an now… https://t.co/YmYy71kA9u (@dazzler1878efc)

Twitter: Everton’s injury curse continues as Bernard is snapped by a Ghost (@JayMagee6)

Everton are level at the break at the Amex, with an Adam Webster (via Richarlison) own goal cancelling out Pascal Gross’ opener for the Seagulls.