A last-minute winner sent Leicester back into second place after they came from behind to score two second-half goals to defeat Everton 2-1 at the King Power stadium.

Everton made three changes from the defeat at home to Norwich last weekend, changing to a back three with Michael Keane, Alex Iwobi and Dominic Calvert-Lewin replacing Morgan Schneiderlin, Theo Walcott and Cenk Tosun in the line-up.

With Everton going with a new back three this allowed Lucas Digne and Djibril Sidibe to push high up the field and it was Sidibe that was a continuous threat down Everton’s right, linking up well with Iwobi and making an impact with the first goal of the game just after 20 minutes. 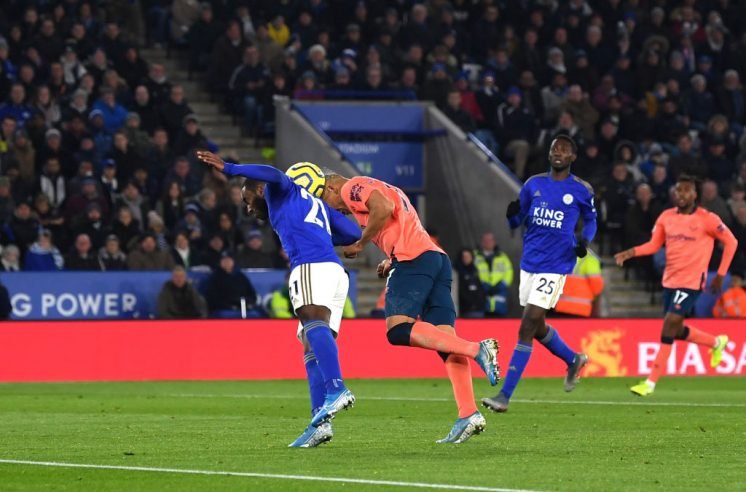 Iwobi received the ball in the middle of the pitch, and with Sidibe racing down the right-wing and in plenty of space, the Nigerian picked out the wing-back. He whipped in a delightful ball to Richarlison who was arriving late at the back post to nod in, in what was a very similar goal to the one a few weeks ago away at Southampton.

Ten minutes after Everton had taken the lead, referee Graham Scott awarded Leicester a penalty after he believed Mason Holgate had brought down Ben Chilwell inside the area.

Harvey Barnes ran at the Everton defence and played in Jamie Vardy, and after Yerry Mina won the ball back with a last-ditch tackle, and as Holgate was about to clear the ball, a poor first touch allowed Chilwell to get onto the loose ball and down went the England international. 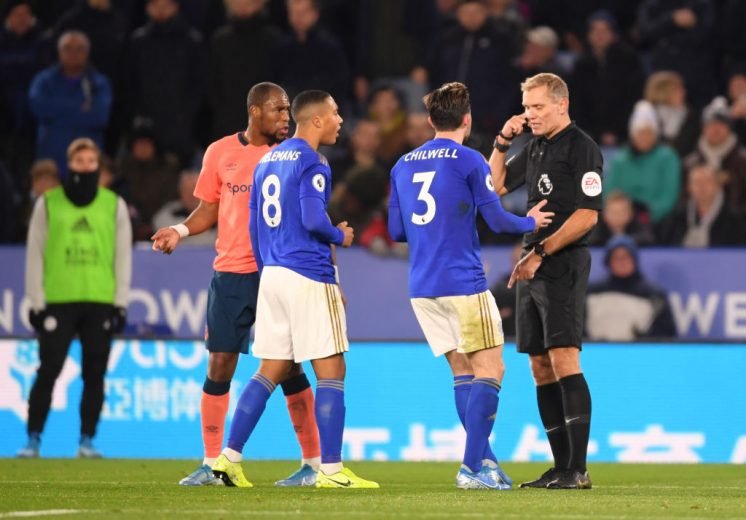 VAR looked at the foul and overturned the referee’s decision as Holgate didn’t make any contact with Chilwell and a free-kick was awarded to the Blues.

Everton stood firm and went into the break one goal to the good, looking dangerous on the counter. As both sides got back into the rhythm of things in the second half, Everton looked the most likely to get the second of the game and had the best chance to do so on the hour mark.

Lucas Digne picked out an unmarked Mason Holgate at the back post with a deep free-kick, he brought the ball down brilliantly with his thigh, he feigned to shoot with his left, switching onto his right foot but commanding centre back Caglar Soyuncu blocked the goal-bound shot.

Leicester introduced Kelechi Iheanacho for Ayoze Perez and he made an immediate impact in bringing Leicester to life and he was pivotal to the Foxes equaliser. Wilfred Ndidi won the ball on the halfway line and played in Iheanacho, the substitute from the right side of the area looked to find the far post and did just that as Jamie Vardy raced in and smashed home from close range. 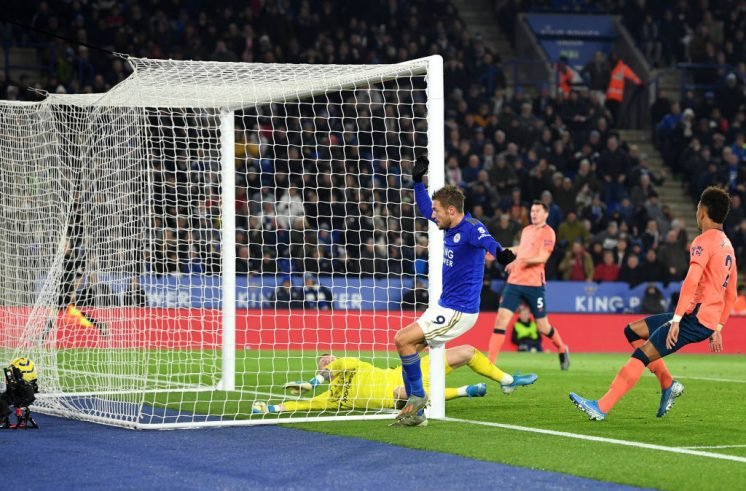 Leicester who before play had scored 21 goals in the second half of games this season looked like a different team and Vardy almost gave the hosts the lead with just over 15 minutes to play but his header from close range just went over the bar.

With 10 minutes left on the clock, Iheanacho played a delightful back-heel into the path of Youri Tielemens, who looked to play the ball across the six-yard box for a tap in, but Mason Holgate had read the Belgian’s intentions and cleared the ball.

With the game in the final moments of stoppage time it looked like Everton had won a hard-earned point and just had to keep hold of the ball, however unfortunately for Everton Tom Davies lost possession inside the Leicester half and the ball was immediately played forward for Iheanacho, who cut inside and onto his favoured left foot and drilled the ball low past Jordan Pickford from the edge of the box. His celebrations ended abruptly when he spotted the linesman had his flag up for offside, but fortunately for the Nigerian, VAR intervened and after close inspection, he was in fact played on by the knee of Yerry Mina.

This sparked wild celebrations in the technical area as Iheanacho was properly allowed to celebrate the winner with his teammates. Whereas on the other side of the area, Marco Silva was visibly deflated as his side should have held onto a point. 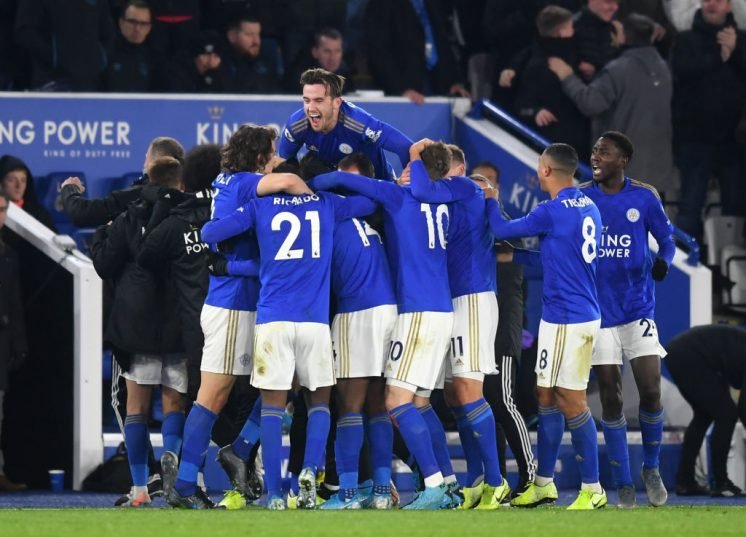