A first Premier League brace for Dominic Calvert-Lewin helped Everton defeat Chelsea 3-1 at Goodison Park to get the Toffee’s back to winning ways.

After the 5-2 defeat midweek at Liverpool, Everton made three changes, bringing in Morgan Schneiderlin and Theo Walcott with Tom Davies dropping to the bench and Yerry Mina missing out through injury. The other change for Everton was in the dugout, and with Marco Silva given the boot after the derby defeat, up stepped club legend Duncan Ferguson to give the fans something to shout about, and that he did.

Everton, who went behind early in midweek, took the lead inside five minutes thanks to Richarlison. Gylfi Sigurdsson won the ball in the centre of the pitch, and the ball was eventually played out to the right wing for Djibril Sidibe by Richarlison. The Brazilian continued his run into the box and was picked out by Sidibe to head in the first of the game. 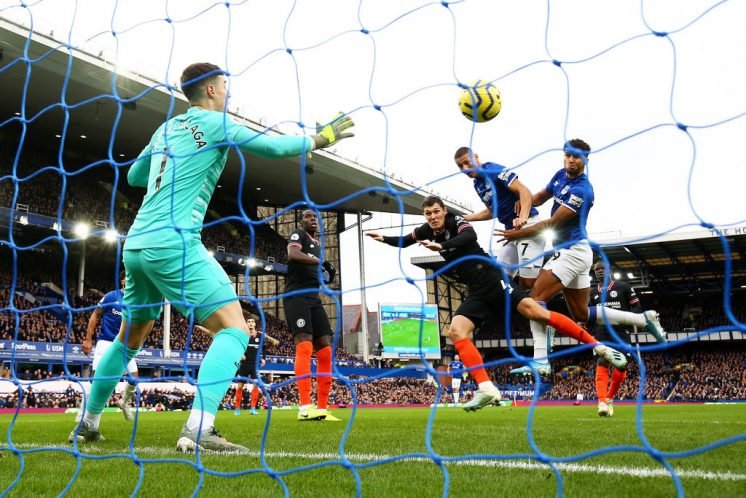 Everton then had a great opportunity to make it 2-0 ten minutes later through Dominic Calvert-Lewin. The young Englishman played the ball to Theo Walcott and continued his run into the box. Walcott played a perfectly weighted pass in behind Kurt Zouma for DCL, but the striker didn’t hit the ball cleanly and side-footed it straight into the arms of Kepa Arrizabalaga.

After the fast start Everton allowed Chelsea to control possession and almost gifted the visitors when Michael Keane was dispossessed on the edge of his own area when pressured by Willian, although fortunately for Keane and Everton, the Chelsea attack of Willian, Tammy Abraham and Mason Mount tried to pass the ball in and it was eventually ushered out for a goal kick.

Not long after and Chelsea had another great chance to level. Willian down Chelsea’s right beat Lucas Digne for pace and drilled the ball across the by-line for Abraham, although unfortunately for the England international, he couldn’t make clean contact with the ball and it flew across the six-yard box.

1-0 at the break and Everton came out in the second half looking to start quickly, and again they did just that. Zouma, who was solid during his loan spell at Everton last season, sliced his clearance high into the sky, and as the ball was dropping Calvert-Lewin used his strength to shove Andreas Christensen, and via a deflection off Zouma’s shin he was able to bring the ball under control and slide it under Kepa in the Chelsea net. 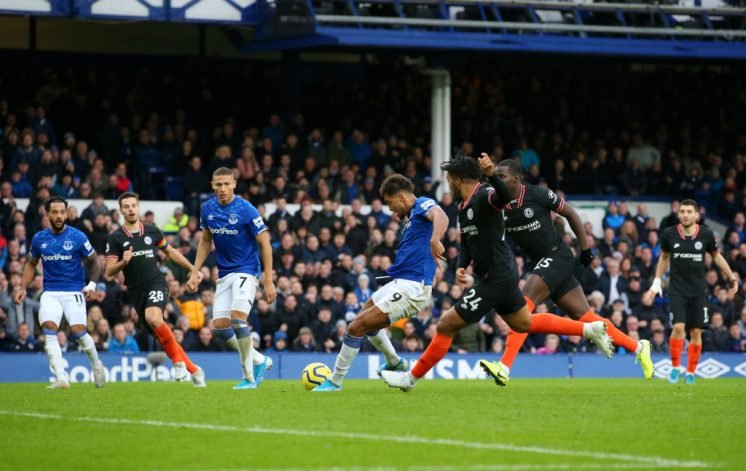 With the stadium rocking, it was quickly silenced as Chelsea hit back straight away through Mateo Kovacic. Similarly to the Everton goal, a poor clearance fell to Kovacic and from 25 yards out he volleyed it into the bottom corner with precision.

The first half Everton allowed Chelsea to control possession keeping men behind the ball, but the second half was a lot better, hitting Chelsea on the counter and trying to win the ball higher up the pitch, and with just over 30 minutes of time to play Everton had the best chance to make it 3-1.

Everton took a quick free-kick to Theo Walcott, who nudged the ball past N’Golo Kante and raced into the open space, with Richarlison free on the edge of the six yard line. All Walcott had to do was pass it across for a tap in, but instead the winger opted to shoot to which Kepa put out a strong arm, denying the former Arsenal man.

This miss almost came back to haunt Everton immediately, after Kovacic played in a delightful ball over the Everton defence to Kante, where he teed up Mason Mount, and from just inside the area his shot arrowed wide of Jordan Pickford’s goal.

With 10 minutes of time remaining, Chelsea had another great chance to level the game. Kovacic, who was brilliant in midfield, dinked the ball over the Everton defence for Cesar Azpilicueta, who pulled the ball back for Mount and from close range in came Mason Holgate to block a certain goal.

The game was eventually put to bed with seven minutes of time to play. Kepa played the ball out from the back and his pass went straight to the feet of Walcott. He played in DCL, who back-heeled the ball to Tom Davies. The midfielder dribbled inside the area and after several failed attempts to clear the ball, it fell straight to Calvert-Lewin who scored from close range to give Everton the much needed and deserved win. 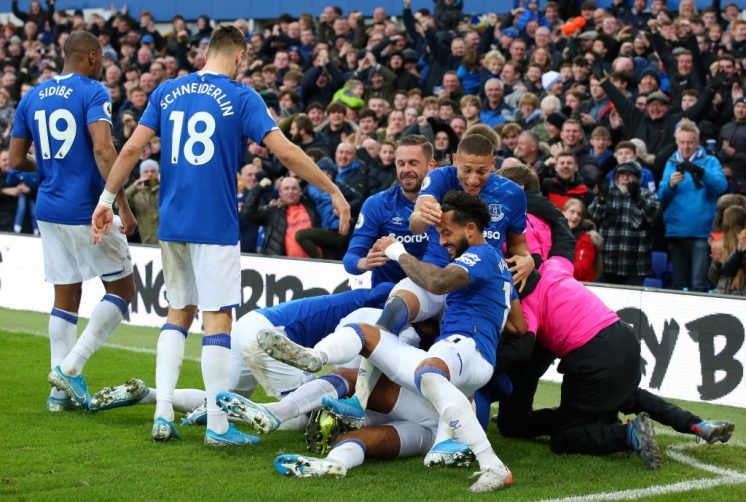