The Croatian boss is out of work after being sacked as Bayern boss recently, but was spotted in the director’s box watching Everton take on Chelsea.

Twitter: Niko Kovac, former Bayern manager, is watching the game from the Everton Directors Box; must be stressed he has jus… https://t.co/J31IpCrukI (@DominicKing_DM)

However, Kovac distanced himself from the role, simply suggesting he was watching several English football games in a short break away from the game.

Twitter: I just bumped into former Bayern Munich manager Niko Kovac. Everton fans were asking him if he is taking the job he… https://t.co/LKlS1B3nNY (@NizaarKinsella)

Kovac has had a lot of recent success in management, especially with Eintracht Frankfurt and his spell with the Croatian national side.

However, his spell at Bayern was not as successful, with the Croatian being sacked earlier this season after some poor results.

Kovac would be a good choice for Everton boss, so the Toffees could do worse than talk to him today.

His spell at Bayern may not have been as good as his spell at Frankfurt, but he is still a young talented manager. 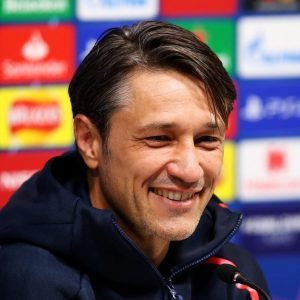 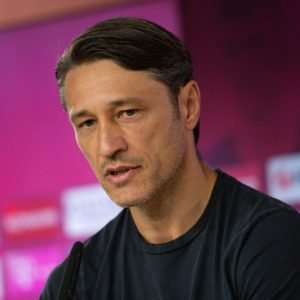