Pundit Noel Whelan believes that Theo Walcott could be fighting for his future under Carlo Ancelotti, as reported by Football Insider.

The England winger has endured a mixed spell on Merseyside, impressing on some occasions and causing fans to lament his wastefulness on many others.

The 30-year recently fought his way back into the team at the end of Marco Silva’s tenure, but he has so far failed to impress under Carlo Ancelotti, and Noel Whelan believes that the Italian could soon be ready to get shot of the former Arsenal forward. Djibril Sidibe has been utilised as a right-sided midfielder on several occasions under Ancelotti since he took over as Everton boss in December, while Marcel Brands discussed (Liverpool Echo) Everton’s need to strengthen on the right during the club’s AGM earlier this month, meaning that Walcott could soon find himself replaced.

With Walcott failing to impress over the last month, Whelan explained that Ancelotti wouldn’t hesitate to sell the forward if he isn’t delivering the goods for his side. Speaking exclusively to Football Insider, Whelan said:

Ancelotti analyses everyone, that’s why he’s a top-class manager.

And the pressure is on certain players to produce because right now, he isn’t going to get rid of any players as they’ve all got a clean slate and you know, they still need the experience and quality that he possesses.

But, at the end of the season, if he [Theo Walcott] hasn’t produced the goods under the new manager, he’ll be on his way, no doubt about it.

I don’t think Ancelotti messes about when it comes to players, he’ll then have his own money to spend on bringing players in, so you know, it’s a really crucial time for a lot of Everton players at the club as they have to cement their future.

If not, it is see you later and Ancelotti will bring in his own players.

So far this season, Walcott has managed to make 20 appearances for the Blues in all competitions, assisting just twice and scoring on zero occasions (Transfermarkt). While he has been a problem for some sides, using his pace and trickery to good impact, he has often left many Everton fans wanting more from the player who scored 14 Premier League goals and assisted ten in the 2012/13 season.

It is expected that Ancelotti will soon look to impose himself on the Everton squad that he inherited by making signings of his own, and peripheral players will need to make way as the club look to free up wages, generate revenue from player sales and trim the fat on the squad. Should Walcott fail to prove his worth in the coming months, I definitely agree with Whelan in that Walcott will likely find himself on the chopping block.

What is frustrating is that Walcott has all of the tools to succeed, and it is often his application of his ability that lets him down. Hopefully, under the tutelage of an elite manager like Ancelotti, Everton fans will be able to see an upturn in Walcott’s individual form over the final months of the season.

Should Everton sell Theo Walcott in the summer? 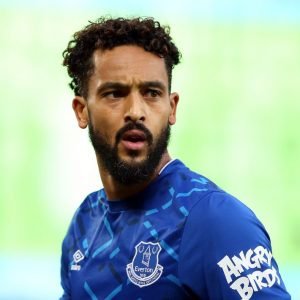 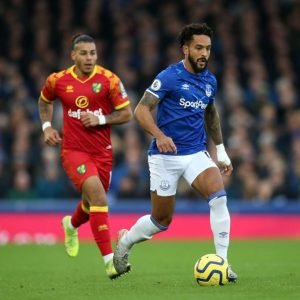