Everton manager Carlo Ancelotti is interested in making Adam Lallana the first player to move from Liverpool to Everton in 28 years, according to a report from the Daily Star.

Whilst there have been more recent examples of players moving from Goodison Park to Anfield, like Nicky Barmby and Abel Xavier, the last player to swap the red half of Merseyside for the blue side was the late Gary Ablett, who made the switch across Stanley Park back in 1992.

However, Ablett could lose that mantle to Lallana if reports are to be believed as it looks like Everton would like to sign the midfielder on a free transfer this summer, in what would be a rare and shocking transfer between the two Merseyside rivals.

Leicester City are reportedly leading the race to sign the 32-year-old but Crystal Palace, Everton and West Ham are also interested in the former England star.

Lallana’s had plenty of injury issues at Liverpool, but he’s managed to keep himself fit this season and he has impressed when given a chance to play.

Lallana would likely be a useful addition to Ancelotti’s squad but given his love for Liverpool, added to the fact that Brendan Rodgers – the manager who signed him for the Reds – is keen to reunite with the veteran midfielder, then we think it’s highly unlikely that we’ll see him joining Everton this summer. 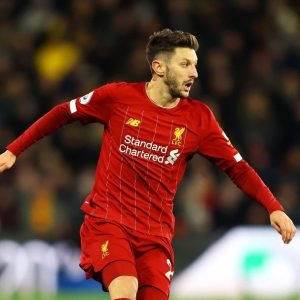 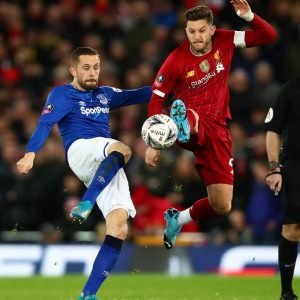