Swiss forward Shani Tarashaj has departed Everton by mutual consent, according to a report by the Liverpool Echo.

The 25-year-old was previously playing at Dutch club FC Emmen in the Eredivisie during a two-year loan spell. Although the player still had a year to run on his existing contract, the loan spell has since been ended prematurely by Tarashaj’s parent club.

The Dutch club has since confirmed the Swiss forward’s departure. Since returning to Merseyside, the forward has been released by the Toffees and was deemed surplus to requirements at Goodison Park.

A statement from Emmen read: “For both parties his time in Emmen went differently than hoped for, due to injuries, the five-time international of Switzerland has never been able to show his talent with the first team at De Oude Meerdijk.

“Shani got no further than a few minutes in FC Emmen 2, as he managed to score in the match against Cambuur 2 last season.

“We wish Shani the best of luck in the rest of his career.”

Tarashaj joined the Toffees from Swiss outfit Grasshopper Zurich for a fee believed to be worth around £3 million. However, the forward has since failed to make a single senior appearance for Everton and equally struggled to break into Emmen’s plans.

Whilst Everton fans may feel some confusion as to why the club did not hold out in order to command a transfer fee, there is equally clear sense in releasing the forward.

Tarashaj’s struggles with injuries and difficulties with pre-existing competition for starting XI places has dampened his ability to showcase his capabilities. Consequently, attracting suitors would be met with immense difficulty and the Everton hierarchy would be likely to command only a nominal fee.

A release immediately removes the issues of offloading the forward, whilst the freedom to secure a permanent transfer elsewhere will be more financially viable for any interested parties.

Was this the right move for the club to make? 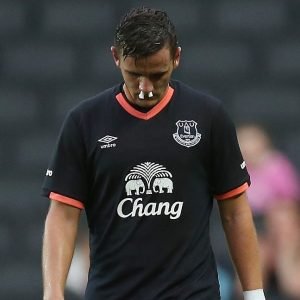 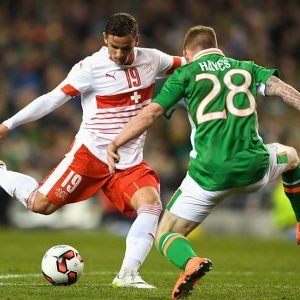