Ahead of the weekend’s Merseyside derby against Liverpool, Carlo Ancelotti has issued a major hint that an exciting defensive prospect could start.

With defensive stalwart Yerry Mina subject to assessment after he returns from international duty with Colombia, and further defensive options in Mason Holgate and Jarrad Branthwaite remain ruled out with injury, Ben Godfrey’s availability will come as a confidence-boosting piece of news.

Other options are progressing well as they look to get back to full fitness and recover swiftly.

Godfrey joined Everton from relegated Premier League side Norwich City on transfer deadline day and Ancelotti elaborated on how his range of attributes will complement the other defensive options in his squad.

“Godfrey is a really talented player,” Ancelotti said as he spoke to Everton TV.

“He is really fast, very quick. He has different characteristics from the centre-backs we have in this moment.

“He is a complete defender, fast, good with his head and good with the ball. He has all the quality to be a really good centre-back.

“He has experience in the Premier League. He was really happy to come here.

“I think he will be a good signing, not only for the present because I think he is ready to play in the Premier League, but also for the future of the Club.

“If he is fit, he is going to be in competition with the others [for the game against Liverpool].”

With Everton currently sitting in first place at the top of the Premier League, having won all their four previous games, the weekend’s Merseyside derby will serve as a formidable test for Carlo Ancelotti’s men in what will be a fiercely contested fixture.

Godfrey’s availability can offer a sense of defensive assuredness from a tactical perspective. In what will serve as an important boost to the whole squad, it has also been declared that Allan, Andre Gomes and Seamus Coleman are also fit and potentially available in the fixture with the reigning champions.

This sudden influx of depth will vastly increase the quality available to Ancelotti and buoy the Toffee’s chances of success.

Should Godfrey start Against Liverpool? 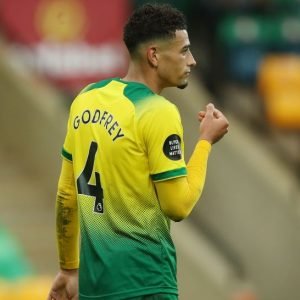 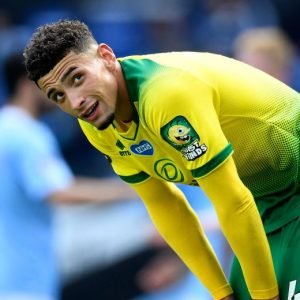