With 10 goals in all competitions to his name already this season, Dominic Calvert-Lewin is unquestionably a fine talent in prolific form.

His development with Everton into one of England’s most consistent attacking forces in 2020 is no coincidence; it is the product of a remarkable rise that started for the Sheffield-born man in League One. So how did his progress come about?

In a wide-ranging interview with Sky Sports, Everton under-23s manager David Unsworth has revealed the story behind the increasing fulfilment of Calvert-Lewin’s potential.

David Unsworth came into the picture of the striker’s future by playing an integral role in recruiting the striker from Sheffield United in August 2016 for an undisclosed fee believed to be worth up to £1.5m, though the Everton U23s manager refutes this as he told Sky Sports it was significantly less.

Unsworth reminisced about the striker’s arrival to the club’s youth setup:

“I still smile when I think about how we managed to prise him away. It was all about timing and Sheffield United were in League One and had just got a new manager. Dominic wasn’t going to play a big part in trying to get them out of League One. Chris [Wilder] decided to go down the experience route and has proven to be very successful.

“We managed to get Dom into our Under 23s at the time, and he’s a player I’d worked with previously during my time as a coach at Sheffield United as a 16-year-old. I’d always followed him and tried to plot his journey when he went on two loan periods [at Stalybridge Celtic and Northampton Town].

“I watched him and I was absolutely delighted to bring him to the club. It was a fantastic signing for us, and he is now producing the sorts of displays and playing as well as we could ever have imagined when he was a young player. He’s outstanding and has been a brilliant signing for us.”

Such a glowing endorsement comes as no coincidence and is more than justified.

Calvert-Lewin stands as the Premier League’s joint-top scorer with seven goals alongside Tottenham’s Heung-Min Son, and Everton sit top of the table after the opening five games.

It sounds as though a combination of two valuable loan experiences and careful, prudent coaching played a role in streamlining Calvert-Lewin to the formidable position he finds himself in today.

Such a success story is a fine credit to the way Everton have developed their academy setup and should offer hope to the club that the next first-team talent could well be a whisker away from emergence.

Can Calvert-Lewin Carry on scoring frequently this season? 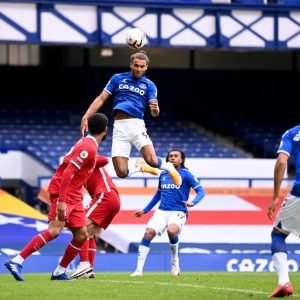 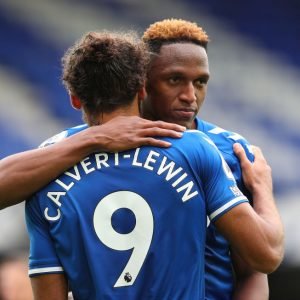