Everton summer signing Ben Godfrey is in line to make his full debut for the Toffees this weekend after a key defender was confirmed to be side-lined with an unknown return date.

Irish international right-back Seamus Coleman was forced off the pitch in the 2-2 draw with Merseyside rivals Liverpool in a heated weekend clash, with former Norwich centre-back Godfrey filling in for Coleman’s forced absence.

Consequentially, the England youth international will likely cover for Coleman, who is a major doubt for the trip to Southampton.

Club captain Coleman potentially could be out for a significant period, with Everton simply saying his scheduled return is “unknown”.

Everton do possess further cover for Coleman in the form of Toffee academy graduate Jonjoe Kenny, who is believed to be making good progress in his recovery from the ankle injury he picked up against West Ham in last month’s Carabao Cup.

However, it is unlikely that Kenny would be able to be cleared as fit and available in time for Everton’s trip to the south coast in the upcoming clash with the Saints.

Godfrey is consequentially ‘readying himself’ for a full debut this weekend. Everton manager Carlo Ancelotti was reportedly left impressed by his debut performance in a position he had not filled since the early days of his professional career.

It is quickly proving to be a baptism of fire for the young £25m signing.

Godfrey featured for much of the derby game at the weekend, offering a reasonably assured performance.

With a lack of available cover and having made an impression on Ancelotti, Godfrey will swiftly have to try to adapt to his new role as a full-back. Expect to see him start against the Saints.

Will Godfrey start against the Saints? 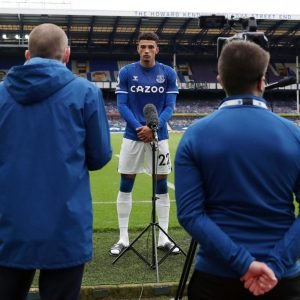 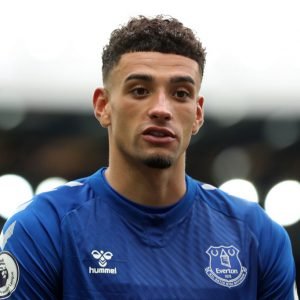