An impressive five-game unbeaten run for the Toffees came to an abrupt halt following a 2-0 defeat on the south coast against Southampton.

Two strikes within the first 45 minutes were enough for the Saints to claim all 3 points from league leaders Everton, with powerful strikes from captain James Ward-Prowse and striker Che Adams finding their way into the Everton goal.

The sending-off only exacerbated Everton’s woes in Sunday’s 2-0 defeat to Southampton, with the French international now facing a three-match suspension as Everton were left to swallow their first defeat of the season.

“The red card was a joke,” Ancelotti proclaimed as he spoke to BBC Sport.

“Maybe the fact that there was a lot of talk all week about Pickford and Richarlison against Liverpool affected the decision.

“We will appeal, to lose a player like Digne for three games like this is not fair.”

There is a fact that Evertonians can take comfort in. One consolation is that they remain at the top of the Premier League on goal difference, with current champions and local rivals Liverpool being the only other team to match the Toffee’s record of 13 points claimed out of a possible 18.

Although the result was ultimately a disappointment for fans of Ancelotti’s men, there was plenty to unpack. Football fans took to Twitter to have their say…

Twitter: Fingers crossed if and when #Everton appeal the #Digne red card they’ll recall that Son’s was rescinded for this on… https://t.co/1PT7WvCnGd (@giantgraystacks)

Twitter: @Stephenah62 I would be very surprised Stephen if Everton win there appeal, they may get the suspension reduced fro… https://t.co/ZvcdNUtGi8 (@RefereeHalsey)

Twitter: Everton have no chance of winning an appeal against Lucas Digne’s red card (in my opinion).

Twitter: If getting a couple of red cards and getting a reputation for sticking up for ourselves means we are no longer a pu… https://t.co/1z69efRPFg (@armchairtoffees)

Some fans were evidently bemused with the result…

Twitter: @Yousaf_S_1987 @premierleague What is the difference between Everton and a cup of tea? A: The tea stays in the cup longer! (@SicaNez01863920)

Can Everton push on despite the poor result? 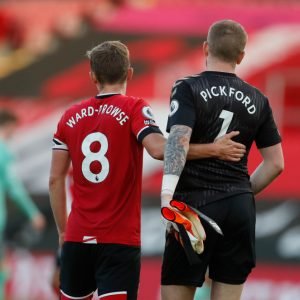 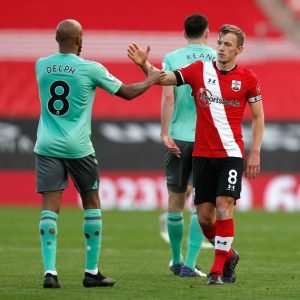