Everton will be looking to right the wrongs of the past as they take on Wolves tonight off the back of an FA Cup triumph over Rohterham.

Last time the Toffees made the trip to the Molineux in the league, they were met with a dominant dogged display from a powerful Wolves side. Lucas Digne, who recently returned from injury and featured in the win over Rotherham, gave away a penalty which was coolly converted by Wolves talisman Raul Jimenez. Further goals from Leander Dendoncker and Diogo Jota proved decisive as the Toffees came unstuck.

However, Carlo Ancelotti’s men seem a much-improved team in 2020/21, currently seventh in the table and only four points off the summit. Off the back of their FA Cup victory, the Toffees have enjoyed a recent spell of good form, even if they did lose their last league outing against West Ham.

The Toffees have failed to score in just one of their last nine away matches in the top-flight, whereas their opponents are winless in four league games sit above 14th-place Crystal Palace only on goal difference.

With the Rotherham win seeing a heavily-rotated line-up, expect Ancelotti to return to his primary options as Everton look to rack up another three points. We predict there will be four changes from Saturday’s cup win: 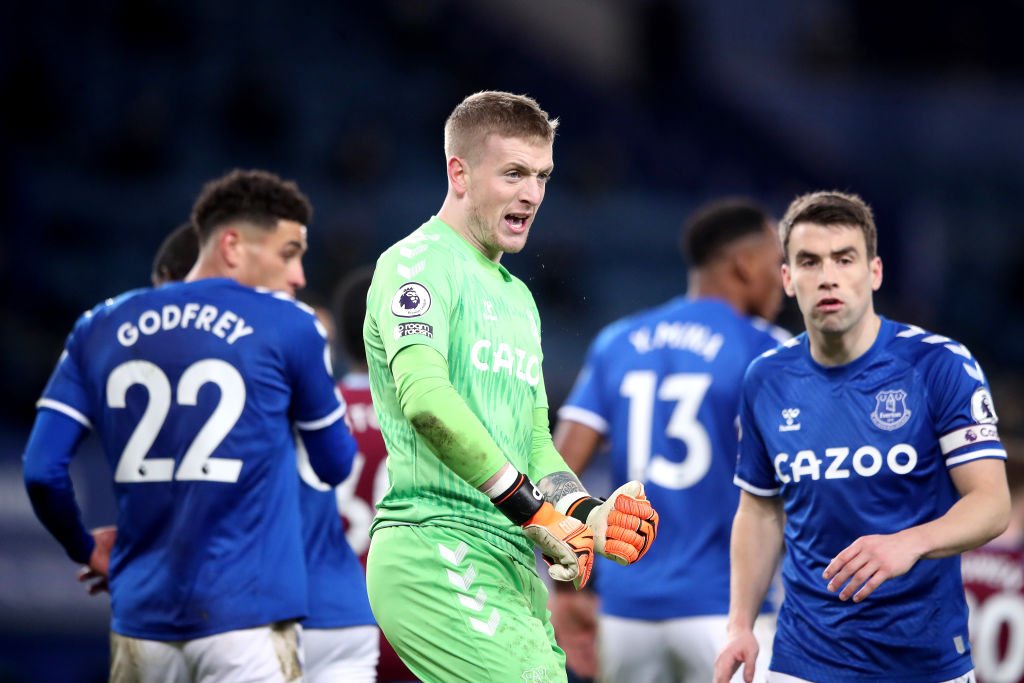 Firmly established as Everton’s first-choice ’keeper, he will likely make a return for the rotated Robin Olsen. 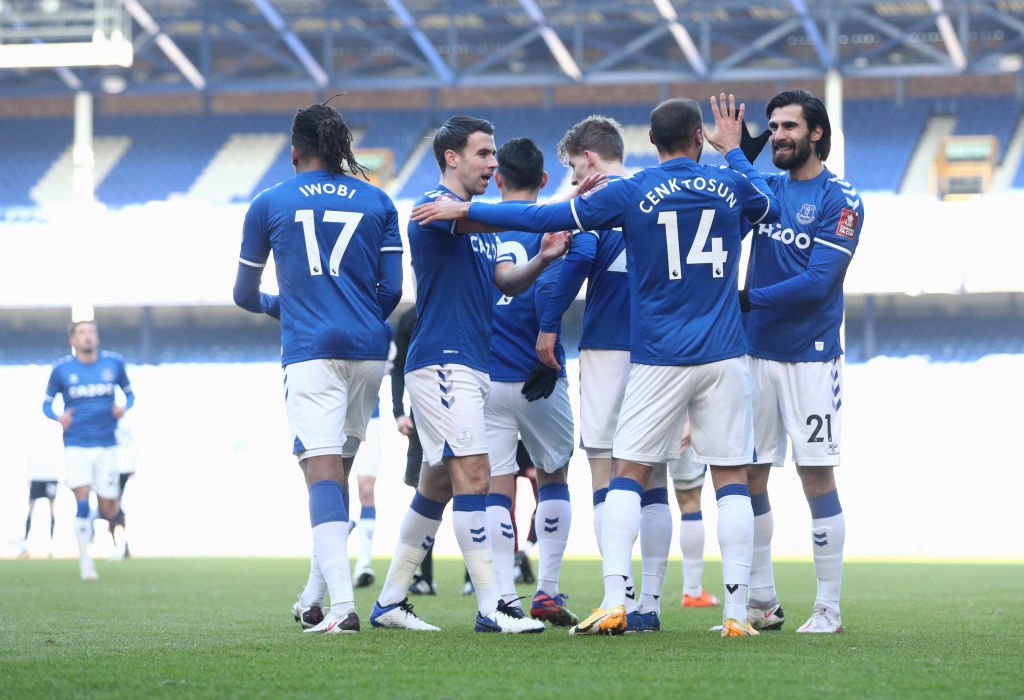 His leadership could prove decisive as Ancelotti looks to his experienced main right-back option. 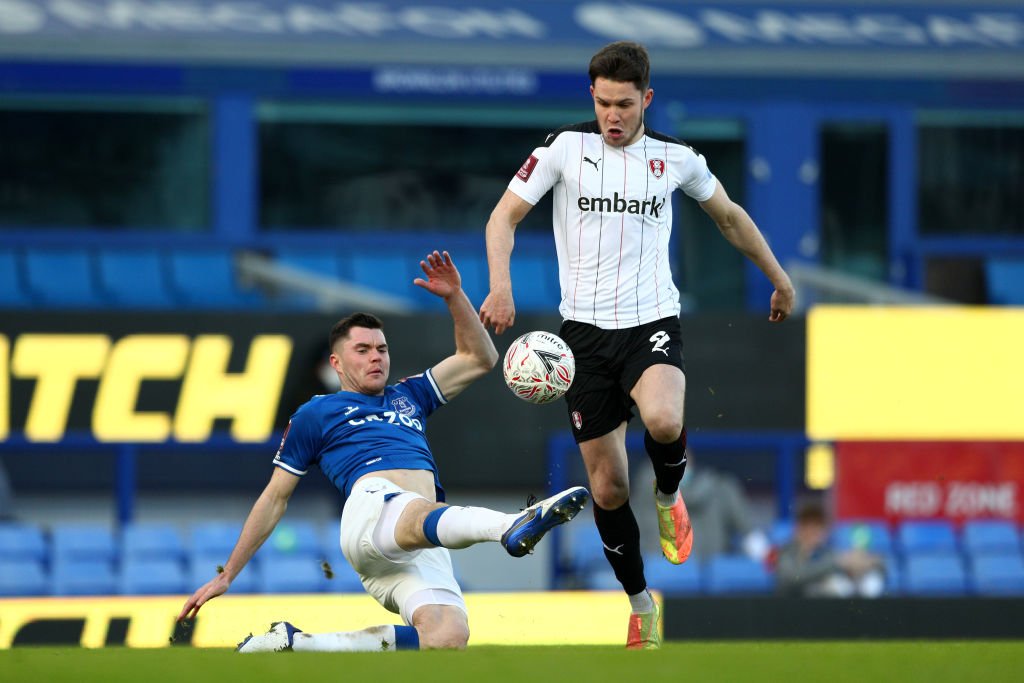 Another mainstay of Ancelotti’s side, Keane typically is the inalienable partner in Ancelotti’s 4-3-3 system.

It would be surprising to see him out through anything other than injury. 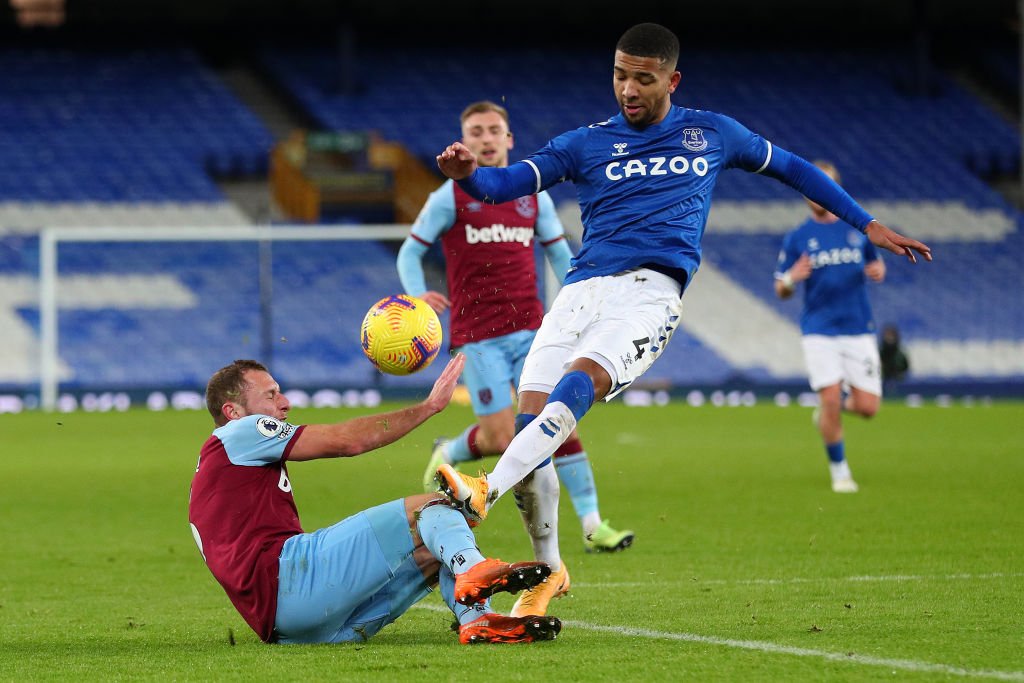 Agile and reliable, Holgate has shone at right-back for Ancelotti.

The likes of Ben Godfrey and Yerry Mina have stepped up in recent wins, but Holgate offers dynamism which Keane doesn’t. 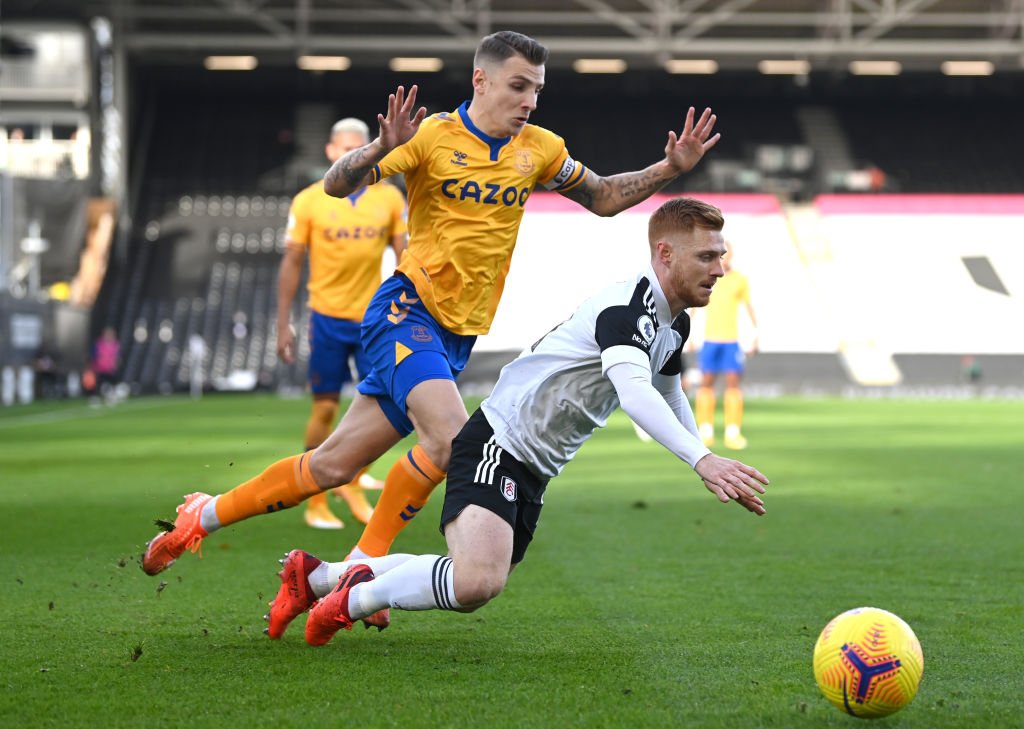 A swift return from injury is always a worry, but Digne’s creative threat is reliable.

Ancelotti counts on Digne in decisive moments, and he may preserve his place in the side as a result. Scoring the winner against Rotherham, Doucoure is prized more as the anchor in an Ancelotti setup than a goal threat.

However, he has featured heavily under Ancelotti this season. Expect him to start. 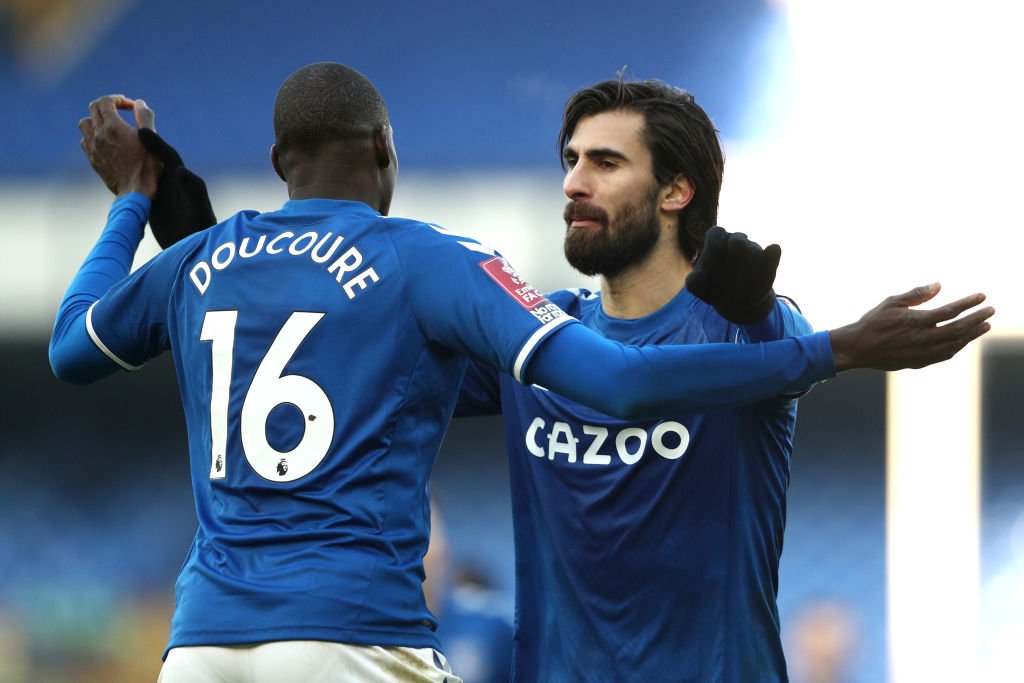 In the absence of Allan, Gomes remains a reliable balanced midfielder who can supplement Doucoure.

Tom Davies cuts a similar figure, but Gomes should get the nod. 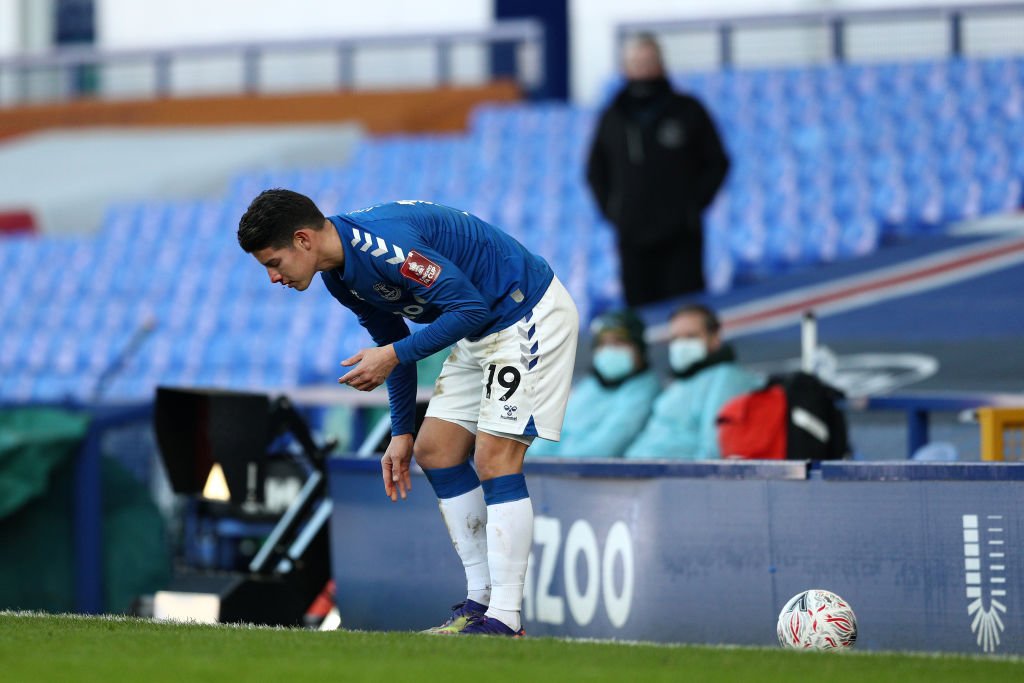 Returning against Rotherham, the ex-Real Madrid man has seen an otherwise-promising renaissance at Everton hampered by recent injury.

He could get the nod ahead of Gylfi Sigurdsson despite the Iceland man’s resurgence in form. 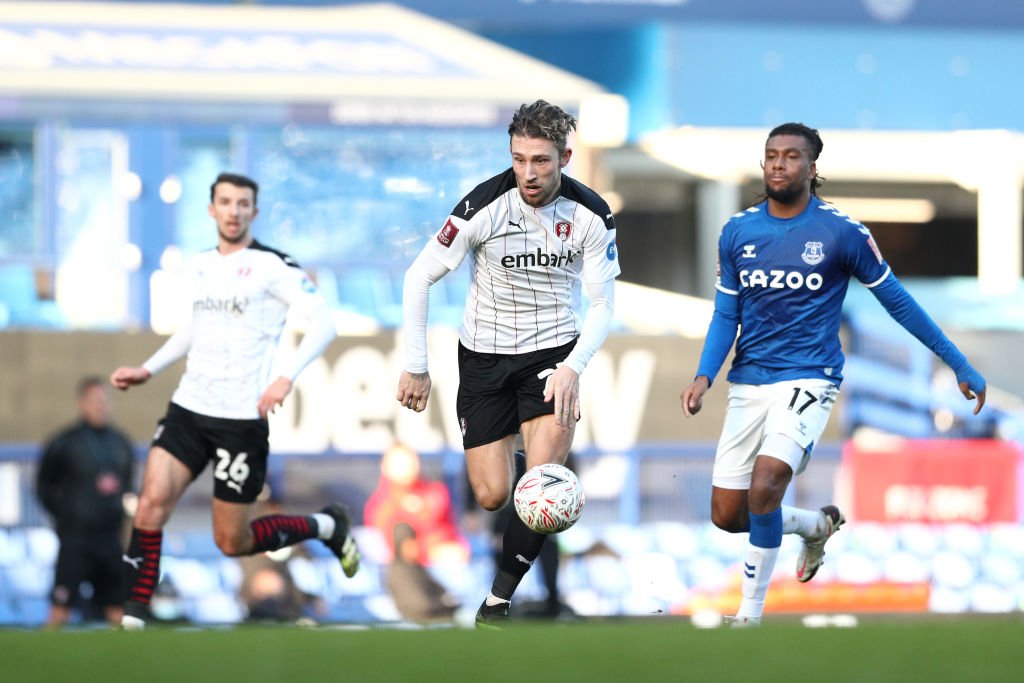 With Iwobi getting the nod ahead of Rodriguez on the right, Ancelotti will look to accommodate both men in his plans.

He has been increasingly influential and a regular in starting line-ups, so it is reasonable his good spell could continue. 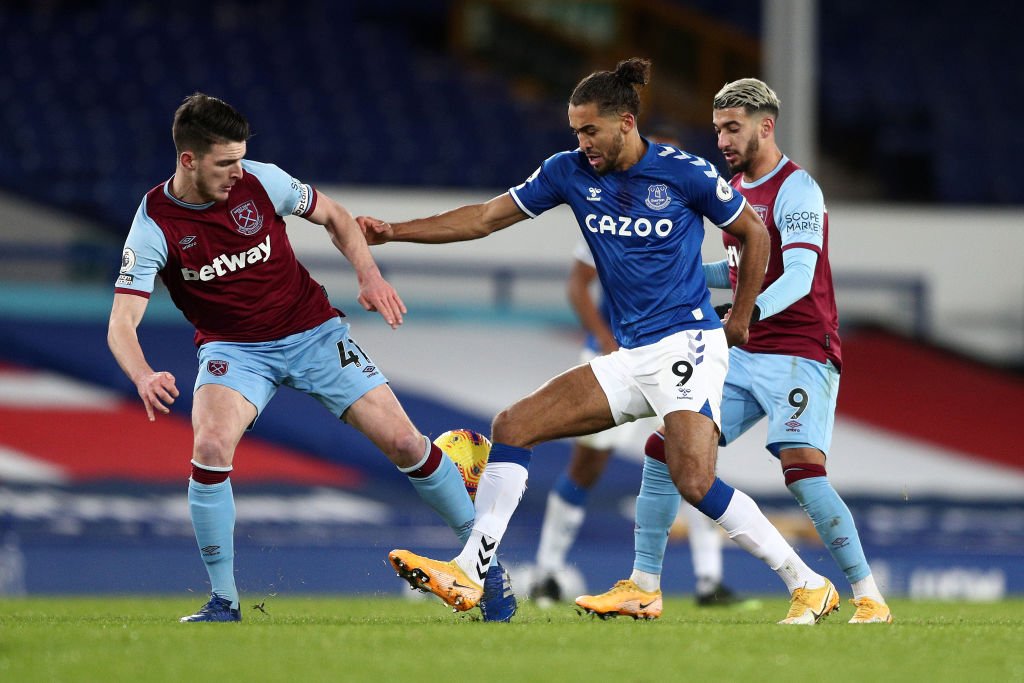 With Tosun netting against Rotherham and Dominic Calvert-Lewin out with injury, the Turk must surely have earnt a rare chance in Ancelotti’s eyes. Richarlison can play centrally, but Tosun would be extremely hard done by if he doesn’t keep his place in the side.

It would be surprising if he were to be axed. 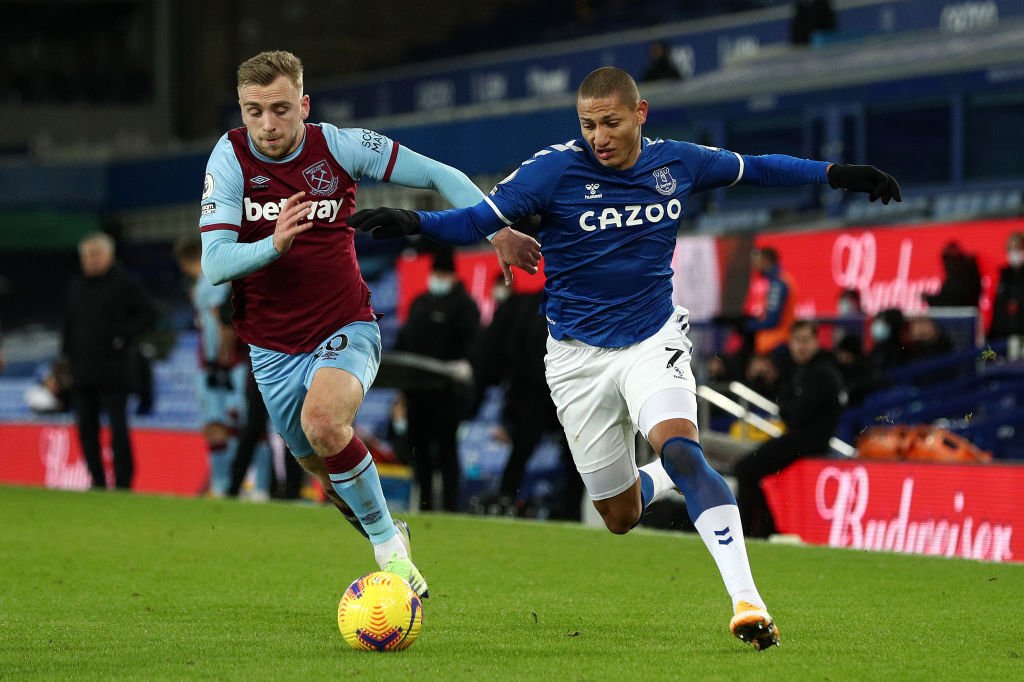 Another trusted figure and major attacking threat, his crucial role cannot be understated.

Pending any last-minute injuries, he looks virtually undroppable. He starts. 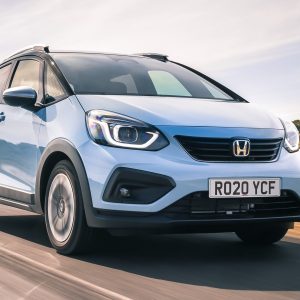 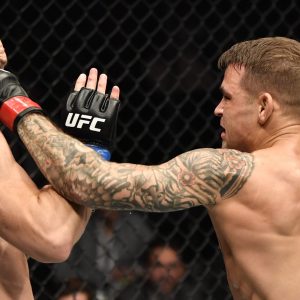 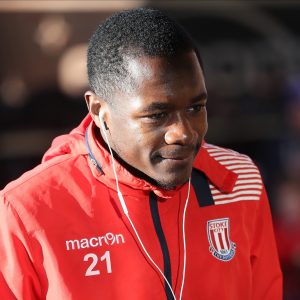 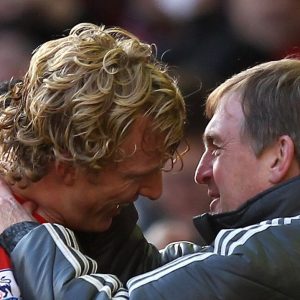 QUIZ: How much do you know about past Liverpool-Man United FA Cup clashes? 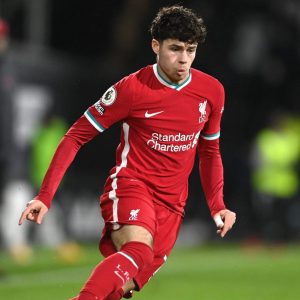 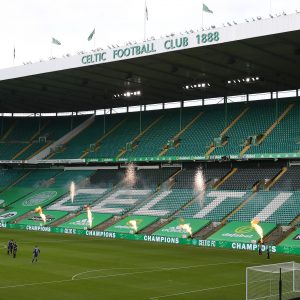 Lockdown Quiz: Which teams did these Scottish ex-Celtic players join after leaving Parkhead?