After an opening day draw away at Crystal Palace last weekend, Everton welcomed a Watford side who were looking to finally get a win at Goodison Park, something they have never done before.

Everton made one change from the goalless draw with Jean-Philippe Gbamin replacing the suspended Morgan Schneiderlin for his home debut.

The only goal of the game came in the 10th minute from Bernard when Lucas Digne’s exceptional long ball pass over the Watford defence set the Brazilian away.

The left-winger raced onto the Frenchman’s pass and after carrying the ball inside the Watford area his shot from the left of the 6-yard box beat Ben Foster, who was wrong-footed via a slight deflection from Craig Dawson.

Watford tried to hit back and almost did in the 24th minute when Dawson’s header thundered against Jordan Pickford’s bar following a deep corner from Jose Holebas. 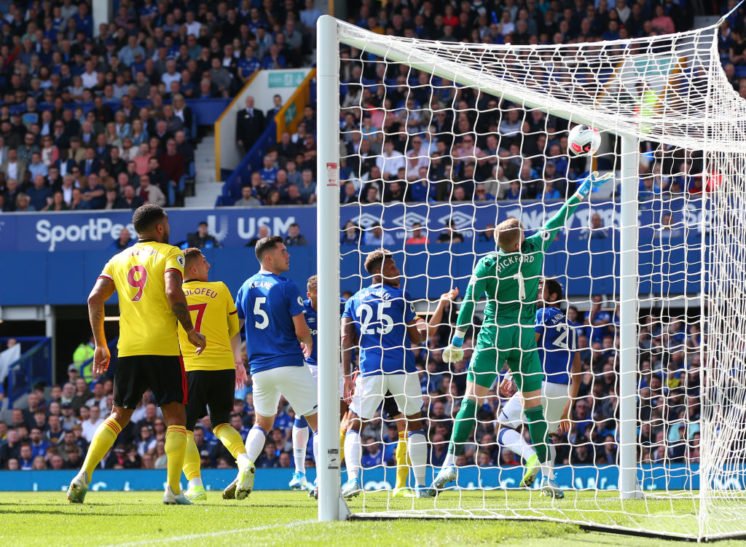 Both sides then had appeals for a penalty waved away, with Watford’s going to a VAR check after former Toffee Gerard Deulofeu went over after a challenge from Yerry Mina.

Everton should have made it 2-0 just before the breakthrough, after Richarlison escaped his marker inside the area, his free header flying straight over the bar, much to the delight of the travelling Watford fans.

In the second half, the visitors took the game to Everton and Troy Deeney thought he had almost found the equaliser.

Etienne Capoue nutmegged Andre Gomes in the middle of the park, before playing the ball wide for Deulofeu and the Spaniard then played an inch-perfect ball through the Everton defence for Deeney.

Unfortunately for him, Jordan Pickford stayed big and took Deeney’s strike straight to the face, with the striker looking bewildered as to how Pickford had denied him. 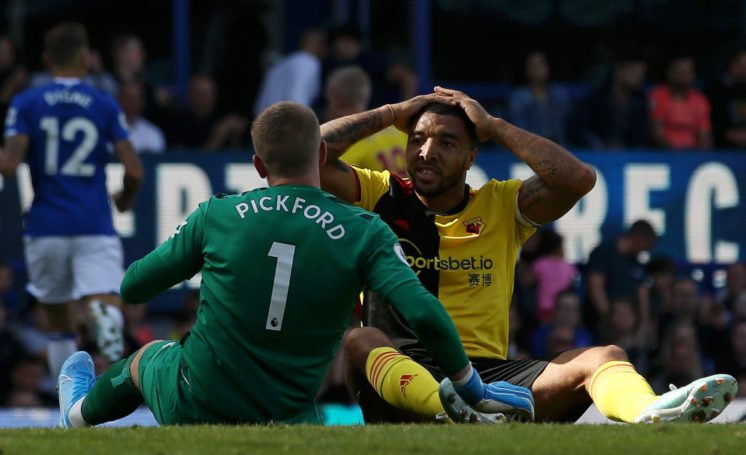 Richarlison had another free header to kill the game just before the hour mark, but as he did in the first half, he put it straight over the Watford goal.

Watford tried to get the goal to bring the game level bringing on both Danny Welbeck and Andre Gray, and it was the latter who was involved seven minutes from time.

A long ball forward from Foster to Troy Deeney was flicked onto Gray. He set up Deeney at the edge of the area and his deflected shot almost fell to Abdoulaye Doucoure, but the Frenchman was flat-footed and couldn’t get on the end of it.

Moise Kean had two opportunities late on, one effort whizzing wide of Foster’s post and the other just licking the paint as the Toffee’s held onto all three points.