According to Russian outlet Rianfan, as cited on HITC, the three clubs were keeping an eye on the 31-year-old striker.

Not only did they all scout the player, but were said to be left impressed by what they saw as he scored in a 2-1 win over Steve Clarke’s Scotland.

Dzyuba has been linked with moves to England in the past, but is he really what Everton need?

Everton spent big over the summer and Marco Silva’s men are pinning a lot of their hopes on Italian striker Moise Kean, who arrived from Juventus. 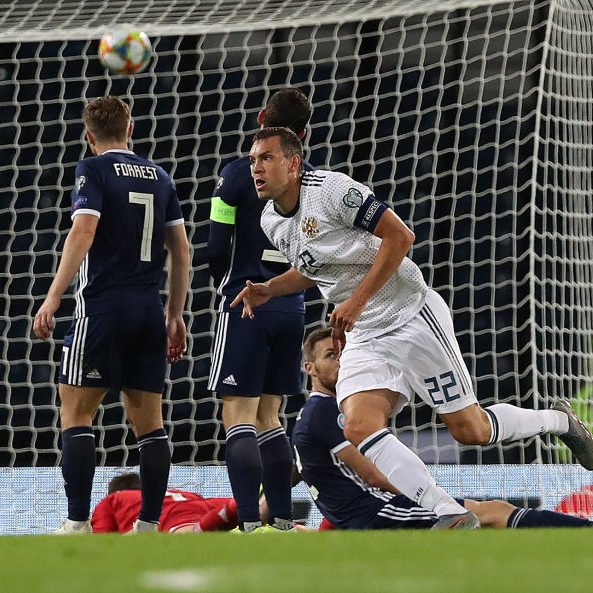 Kean and Dzyuba are pretty much polar opposites in terms their profile as strikers and the links to Everton don’t make all that much sense.

Silva could be looking at a player like Dzyuba to be an experienced head in the dressing room, an older player to have an impact in the way that Olivier Giroud is doing at Chelsea.

Dzyuba would give Everton an added element of depth in the final third that they don’t really have at the moment, while also offering something different as a bustling target man who could bring that physical presence in the box.

With nearly 40 caps for his country, it’s clear that he is a quality striker, but maybe not one that Everton need at this moment in time. 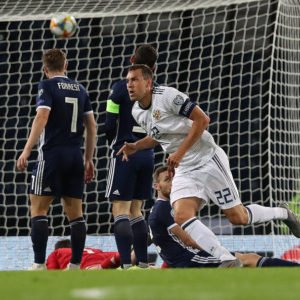 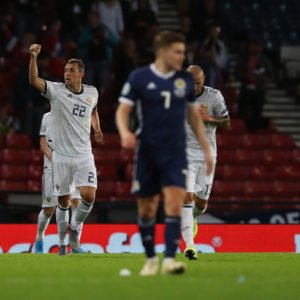