After winning their opening two home games of the season, Everton had hoped to make it three against Sheffield United, their first since 1989, but a fantastic defensive performance from the away side guaranteed they left Goodison Park with all three points, beating the hosts 2-0.

A Yerry Mina own goal and a second half strike from summer signing Lys Mousset meant Sheffield United left with all three points, becoming the first side to do so since champions Manchester City won 2-0 in February.

Everton had 69% of the possession but they still created very little from open play, with Sheffield United’s back three of John Egan, Jack O’Connell and Chris Basham clearing almost everything that came their way, remaining largely untroubled all game long.

Sheffield United took the lead 5 minutes before halftime with their first meaningful attack at the Everton goal, scoring from their first corner of the game thanks to a Yerry Mina own goal. 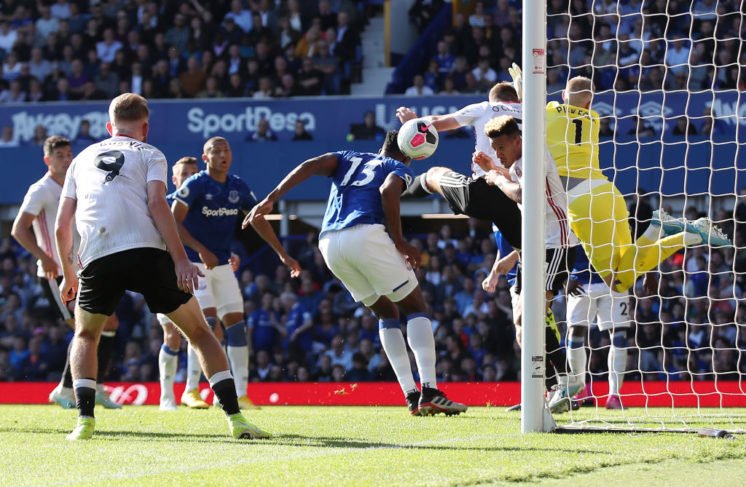 Pickford screamed foul and after a VAR check that did show Callum Robinson nudge Pickford when he went for the ball, this wasn’t deemed enough contact from referee Simon Hooper and the goal stood.

This goal now meant that since Marco Silva took charge of Everton, they have now conceded 20 goals from set pieces, the most in the league since Allardyce’s successor’s appointment.

Everton’s best chance of the game came moments later, and it should have been the equaliser. Moise Kean found himself out on the right, and he picked out an unmarked Richarlison, but his header from 7 yards out went straight at Dean Henderson.

The second half was almost identical to the first, with Everton having all the ball but doing very little with it, just a lot of sideways passing as the visitors stood firm and frustrated the hosts.

Marco Silva who has never won a game when conceding first for Everton tried to change the game and made all three subs with twenty minutes to play.

Everton had, Cenk Tosun, Moise Kean, Richarlison, Alex Iwobi, Theo Walcott and Gylfi Sigurdsson on the pitch but it was Sheffield United substitute Lys Mousset that killed the game with 10 minutes to play. 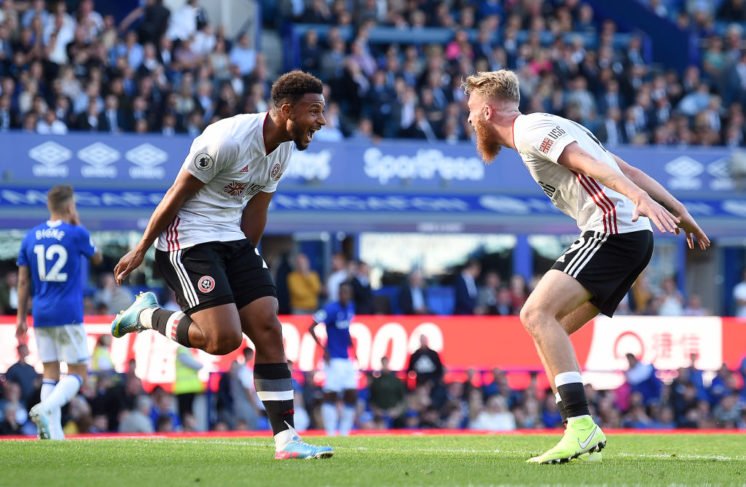 Former Everton youngster John Lundstrum eased past Yerry Mina on the halfway line, he played an inch perfect ball in behind the makeshift Everton defence and with Jordan Pickford coming to the edge of his six yard box, Frenchman Mousset smashed the ball in between the legs of Pickford from the right side of the area sending the travelling fans into wild celebrations ensuring that they got their first away win of the season.