The Portugal international has been superb since joining the Blues on loan from Barcelona in the summer.

His all-round quality has shone through and a number of heavyweight clubs have been linked with snapping him up.

Everton are reportedly attempting to make the temporary deal a permanent one, but they will face stiff competition.

Speaking on Sky Sports’ Monday Night Football, Neville said he believes some of the best teams in the country will fight it out to sign Gomes:

He can beat a man in midfield. I think Everton’s biggest problem is that what he is doing is highlighting his quality in their midfield. 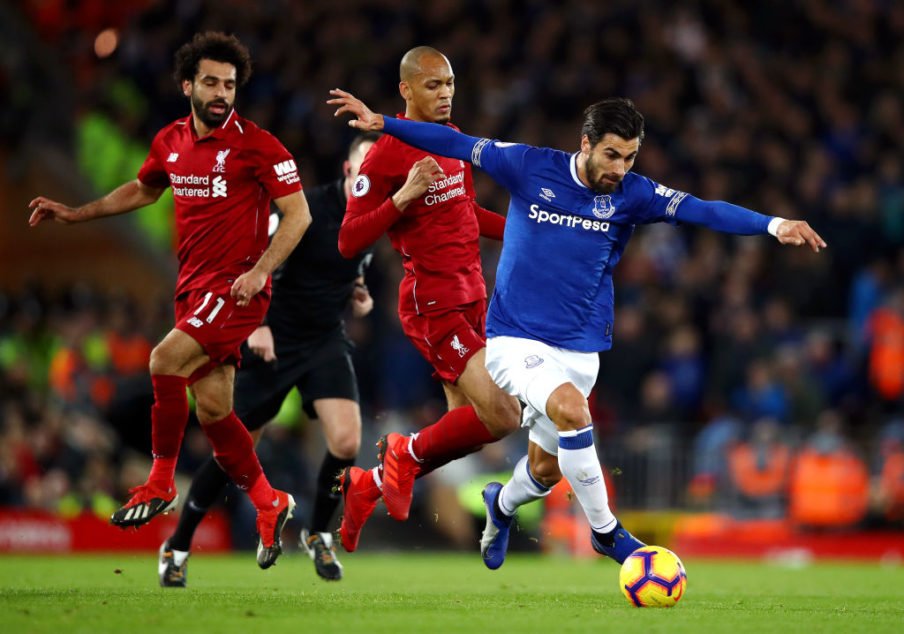 If you’re Chelsea, if you’re Manchester United, if you’re Tottenham, you want him in your team.

I thought he was good enough to play at those clubs when I was over in Spain.

I think all he needs is a run of games.

Gomes struggled at Barcelona, often not managing much game time and looking out of his depth.

It is clear that he is a hugely talented player, however, with regular football paying dividends at Everton.

If the Blues can get a permanent deal over the line it would be a massive piece of business for them.