Roma are lining up an offer to take Moise Kean away from Everton in January, according to reports, after he once again made headlines on Sunday.

Everton earned a hard fought point against Manchester United at Old Trafford on Sunday afternoon, but the biggest talking point of the game was Kean’s substitution in the dying minutes of the game.

Kean came on in place of Bernard in the 70th minute of the game, only to be substituted himself for Oumar Niasse in the 89th, while the forward wasn’t injured and it didn’t appear to be a tactical decision either.

Duncan Ferguson subsequently drew criticism for hanging Kean out to dry, and that only intensified online when the Scotsman claimed that he subbed Kean to waste time, and that it was nothing personal. 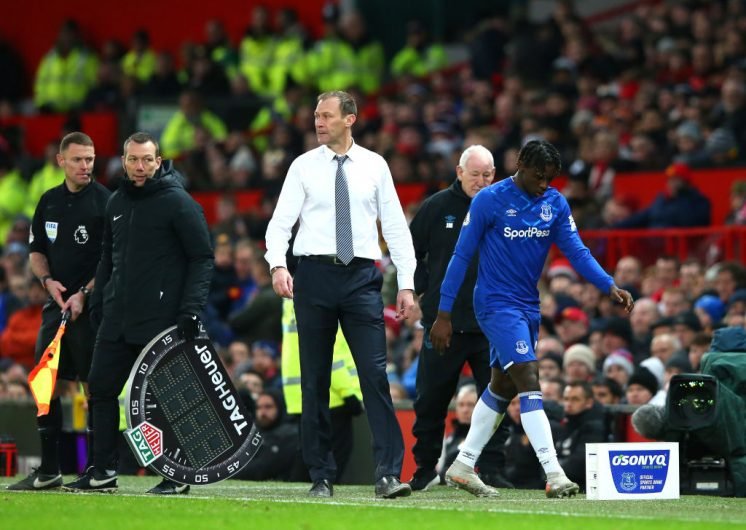 Ferguson refused to acknowledge Kean as he came off the field, with the stone-faced 19-year old trudging down the touchline towards the tunnel.

Following that situation which didn’t exactly suggest that Everton are determined to keep hold of the young forward, Roma are eyeing a loan move with a permanent option to bring him back to Serie A.

According to the Daily Star, Roma would take Kean for the remainder of the season, and they would like to insert a permanent clause of no more than £19million, which is a clear drop from the £27.5million that Everton paid to sign him from Juventus last summer.

While Marcel Brands and Farhad Moshiri are unlikely to be tempted by that offer, Kean’s agent Mino Raiola has reportedly already begun working on finding Kean a better solution than his current Everton situation.

Ferguson’s treatment of Kean during Sunday’s game was shambolic, and no amount of sentimentality over his caretaker manager stint should shield him from that criticism.

If he truly wanted to waste time, Dominic Calvert-Lewin and Richarlison were both options who could have been withdrawn instead, and if Ferguson didn’t like what he had seen from Kean or if Kean had failed to listen to him, then he should have had the guts to be honest about the decision.

Ultimately, it will be left to Carlo Ancelotti to make a decision on Kean’s future when (if) he signs on the dotted line to become Everton’s new manager. The Italian striker may feel that he can prosper under his compatriot, so this is one we’ll have to wait and see how it pans out.