Everton look to have been dealt a blow as Matias Vecino has agreed to join Tottenham, according to Italian journalist Alfredo Pedulla.

Corriere dello Sport (cited by Sempre Inter) first reported of Everton’s interest in the Uruguay international midfielder earlier this week, with the Toffees said to have targeted the Inter Milan man as they continue their hunt to sign midfield reinforcements. 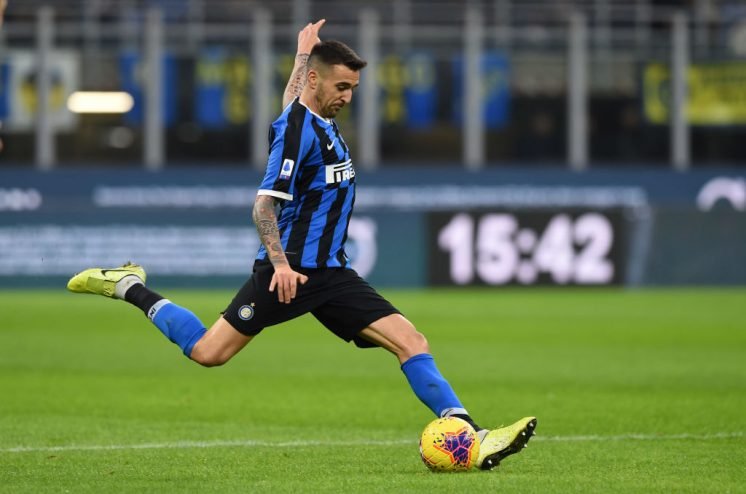 Italian journalist Tancredi Palmeri then reported yesterday that Everton had made contact with the Nerazzurri over a prospective deal to sign the 28-year old, although Vecino’s agent Alessandro Lucci appeared to pour cold water on the speculation, claiming to MilanNews that his client is “very happy” at the San Siro.

Now though, Pedulla claims that Vecino has agreed to join Tottenham, with it believed that the Italian outfit are using the Uruguayan as a makeweight in order to bring the price down in their bid to sign Christian Eriksen from Spurs (Inside Futbol).

Vecino had appeared to me to be a solid option for the Toffees to sign this month as they look to increase their squad depth in the midfield area, so it is a shame on that front that the 28-year has agreed to join Spurs. It becomes more frustrating when you consider that the London side have also recently signed midfielder Gedson Fernandes, who had been on Everton’s radar.

Carlo Ancelotti still has ample time to find the players that he needs to strengthen his squad, and I’m confident in saying that Everton will surely be able to right the wrongs of last summer and actually land players to fill the holes in their squad during this transfer window.

On the plus side, Everton could soon find themselves with two more additions to the midfield group, with Ancelotti having confirmed in his press conference earlier this week that both JP Gbamin and Andre Gomes are working hard and are nearing their return from long-term injury.

Both the Portuguese star and the Ivorian will provide a much needed lift to Everton’s squad and the fans once they return, and should the Blues also strengthen this month, then the club should have plentiful options to see out the season with.