Cenk Tosun has dropped a subtle hint that he could look to remain with Crystal Palace beyond the current season, so reports the Liverpool Echo.

The Turkey international joined Crystal Palace on loan for the remainder of the season earlier this month, with the Eagles possessing a permanent option in the forward’s contract, believed to be set at around £20million (The Guardian).

Tosun had fallen down the pecking order under Carlo Ancelotti since the Italian’s appointment as manager in December, with Moise Kean, Dominic Calvert-Lewin and Richarlison all ahead of the Turk. Duncan Ferguson even preferred Oumar Niasse as a late substitute to Tosun against Manchester United in December (BBC Sport).

Tosun has already got off on the right foot at Selhurst Park, having scored his side’s first goal in a 2-2 draw with Manchester City earlier this month.

Now, talking in Crystal Palace’s match-day programme, Tosun has seemingly dropped a small hint that his future lies away from Goodison Park. As reported by the Liverpool Echo, Tosun’s interview reads:

I just think he (Michael Jordan) was the greatest sportsman of all-time. I loved watching his videos – yes, even Space Jam: what a film. He was a great person and player and his influence was big on me which is why I wanted the No.23 at Besiktas.

When I came to Everton Seamus Coleman had that number, and he had been there for almost 10 years so I certainly couldn’t take it.

Then here, when I came to Palace, it was Victor Camarasa’s number, who has left now, so who knows, maybe I’ll get my Michael Jordan shirt number here one day. Then again, maybe No.20 will bring me luck as well!

Subtly mentioning that he’d like the shirt at Palace “one day” would indicates that Tosun has his heart set on remaining in Croydon beyond the end of his loan spell.

It isn’t hard to see why a permanent move to Selhurst Park for Tosun would be an ideal scenario for Everton. The £20million included as an option in Palace’s loan arrangement would make back a large chunk of the £27million that Everton shelled out for the forward from Besiktas in 2018.

Tosun realistically won’t get back into Everton’s team, with younger and exciting options in Moise Kean and Calvert-Lewin available to Carlo Ancelotti. Plus, when the Italian begins to make his mark on his playing squad, further reinforcements could make Tosun’s position even more untenable.

With Roy Hodgson having praised Tosun following his ‘wonderful debut’ and hoping for more performances of a similar ilk throughout the remainder of the season, Everton will value his form as making his eventual sale ever the more appealing.

Which of Sam Allardyce's two signings have been worse for Everton? 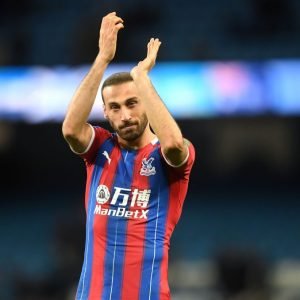 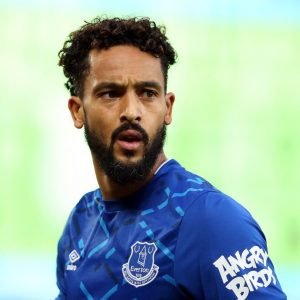