Many Everton fans have seemingly had enough of Jordan Pickford as Everton’s first choice goalkeeper.

The England number one has struggled for form and consistency this season, having turned in a number of underwhelming performances in recent months, earning him a WhoScored rating of just 6.43.

Despite pulling off the occasional save to demonstrate the quality he possesses, Pickford’s failings have vastly outweighed his good moments, and following his calamitous error against Newcastle, many fans have had enough.

Following a goal mouth scramble in the 90+5 minute against the Magpies, Fabian Schar stabbed the ball towards goal only for Pickford to save it – however as the goalkeeper was stood behind his goal line, the save did nothing to prevent Newcastle from equalising in the dying seconds of the game.

Pickford lacks competition at Goodison Park and that absence of a rival or threat to his position has made the 25-year old become complacent. Should Everton find a suitable back-up, or give Jonas Lossl the chance to play and impress, we could see a different side of the former Sunderland shot-stopper.

Some fans however have had enough, turning to social media to vent their frustrations.

Twitter: @RBMersey Always back him an gave him the benefit but honestly you need better to go to the next level. Good keeper… https://t.co/4UrJ6xT7Ou (@BlueMerseyside)

Twitter: @RBMersey Massively overrated in my opinion. But nowhere near the biggest of our problems. (@Gary_Maiden)

Twitter: @RBMersey Clown. Liability. World class in his mind only. Get rid. (@Efcnick)

Do Everton need to replace Pickford as the club's long-term number one? 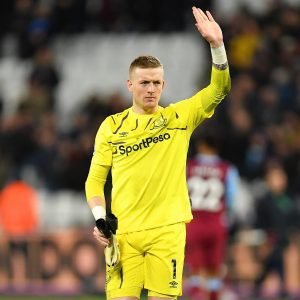 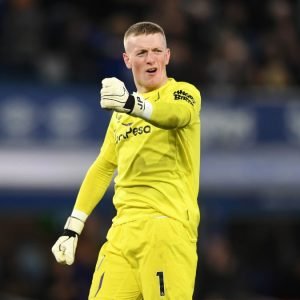