Many Everton fans have expressed their delight after Andre Gomes returned to first team training this week.

Everton tweeted the news on Tuesday afternoon, with the Portugal international returning to training for the first time since he suffered a fracture dislocation of his right ankle against Tottenham in early November.

The 26-year old midfielder returned to USM Finch Farm earlier this month as he continue his rehabilitation process ahead of returning to action, and he has now taken the next step, training under Carlo Ancelotti for the first time.

The former Barcelona man took part in a few small sections of training, working alongside his teammates on his individual programme.

Taking to Twitter, many Everton supporters were pleased to see the images of the midfielder back in training, with many hoping to see the summer signing back playing soon.

Twitter: @Everton @aftgomes no way, so good to see him back already but please don’t rush him (@ftblmattie)

Twitter: @Everton @aftgomes Unbelievable recovery so pleased he is back (@stevietoffee)

Twitter: @Everton @aftgomes Unbelievable recovery so pleased he is back (@stevietoffee)

Twitter: @Everton @aftgomes Absolute freak to be back so soon 👏🏼 (@GraemeFriday)

Could we see Andre Gomes back in action in Februrary? 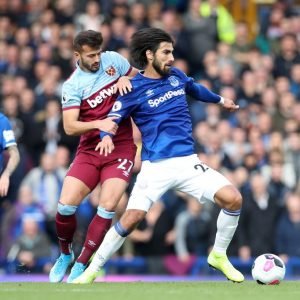 Still a bit too early 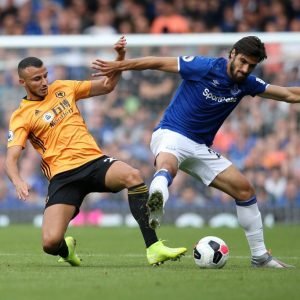