Everton fans have debated whether Fabian Delph should come back into the club’s starting line-up against Arsenal next week.

The England international missed the Toffees’ game against Crystal Palace at the weekend after he was sent off against Watford the week prior, having been shown two yellow cards by referee Craig Pawson.

Morgan Schneiderlin and Gylfi Sigurdsson started in the centre for the Blues, with the former in particular impressing as Everton ran out 3-1 winners at Goodison Park.

Carlo Ancelotti has also indicated that Andre Gomes could return to action against the Gunners following a surprisingly short injury lay-off after breaking his ankle against Tottenham in November.

Now several fans have taken to social media to argue whether the 30-year old, who signed for the Toffees from Manchester City for around £8.5million in the summer, deserves to come straight back into Ancelotti’s side, with many feeling that he doesn’t deserve a spot in the lineup.

Twitter: @Efccol Never want to see this ungrateful degrading, spoilt excuse of a footballer in the royal blue ever again! (@Davidhoward88)

Twitter: @Efccol Hell no. Hopefully Gomes is back fit, and Schneiderlin did enough to keep his place imo. (@Jaimeleblues_1)

I’d play all of them ahead of him. (@NotReallyIrish)

Twitter: @Efccol In place of whom? Schneids was MOTM last time out in my opinion, Sigurdsson did well and Davies was a perfe… https://t.co/O93QRqij86 (@problop)

Should Fabian Delph start for Everton against Arsenal next week? 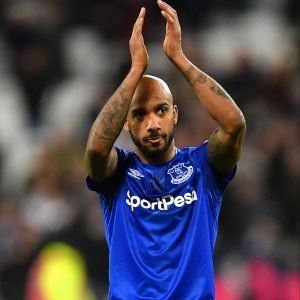 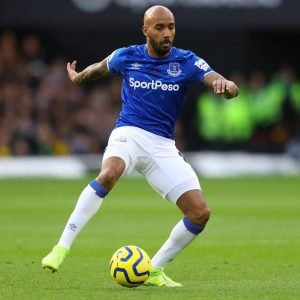