Watford midfielder Abdoulaye Doucoure has claimed that he could “easily” be allowed to leave the Hornets in the summer if the right move presented itself, as reported by Mirror Sport.

Everton have frequently been linked with the French midfielder in the past, with the Liverpool Echo reporting in the summer that Everton had two bids rejected for the 27-year old, the second of which was said to be worth £36million.

Since then, the former Rennes midfielder has caught the eye at Vicarage Road, especially in recent weeks as Watford have seen an upturn in form since Nigel Pearson replaced Quique Sanchez Flores as manager.

With Watford still in the relegation zone, one point from safety, Doucoure could be vital to the Hornets’ survival this season. However, as the midfielder revealed himself, he would be free to leave in the summer if the right offer came to him.

Speaking to Mirror Sport, Doucoure insisted that should he move on this summer, it would have to be “a step forward”. He said:

We are arriving at the end of a cycle. I think I can still progress massively. I can still do great things. Obviously, if I am pushed to change clubs, it will be to make a step forward.

If a club of a high level comes and makes an interesting offer for me, of course the club will let me go easily.

Of course, the clubs who play in the Champions League are the objective for every player. After that, I don’t want a particular club.

It remains to be seen whether Everton are still interested in Doucoure after former Watford manager Marco Silva was sacked, but Marcel Brands would have been instrumental to the club making two bids last summer, and the Dutchman could still be keen.

I’ve been a fan of Doucoure for a while now, and with Everton possibly looking to increase their midfield depth in the summer, the Frenchman could be a solid option to add much needed quality to Carlo Ancelotti’s squad.

The 27-year old has played in a more advanced role in his last six Premier League games under Pearson, scoring three goals in the process, and that indicates that Doucoure can play more roles than just as defensive midfielder.

While it is likely that Doucoure could demand a hefty transfer fee in the summer, particularly given the fractious relationship between Everton and Watford, I’d very much like to see the Toffees make an offer to sign the Frenchman.

Should Everton try to sign Abdoulaye Doucoure in the summer? 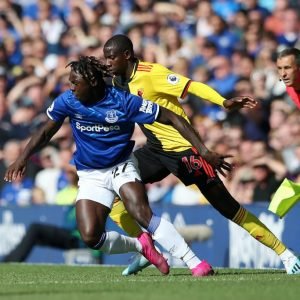 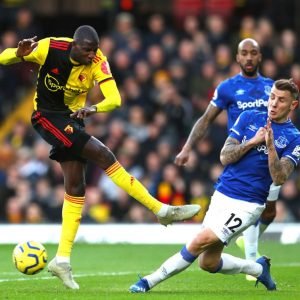