Carlo Ancelotti has dropped a hint over a potential summer transfer target, or more specifically the lack of one, indicating that Everton won’t move for Inter Milan midfielder Matias Vecino, in an interview with Corriere della Sera, as translated by Sport Witness.

The Toffees were frequently linked with the Uruguay international throughout the January window, with a move looking like a certainty at one point, although nothing ultimately came of Everton’s supposed interest.

While Andre Gomes and JP Gbamin will be back available to Ancelotti at the beginning of next season, the Italian is likely to want to bring in players of his own in the summer anyway, as he looks to take Everton back into Europe.

Because of this, there has been speculation that Ancelotti could return with a follow-up bid for Vecino in the summer, when Everton will have more time to push a deal through.

However, speaking to Corriere della Sera, Ancelotti has seemingly poured cold water on that speculation. When asked whether he would take Vecino away from the Nerazzurri in the summer, Ancelotti said:

Vecino? Don’t worry, stay where [he] is.

It doesn’t surprise me that Ancelotti would give such a response to that line of questioning because the Italian is a smooth operator, and he was also going to keep his cards close to his chest, whether he does intend on returning for Vecino or not.

That said, Everton will have plenty of time over the summer months to boil down the perfect candidate to enhance and improve Everton’s squad, and personally, I find it hard to believe that player might be Vecino.

The 28-year old always seemed like a short-term fix last month, at a time where Everton were desperate for midfield reinforcements with both Gomes and Gbamin unavailable.

However, with Gomes now close to returning to action, Everton are under less pressure and can take their time to land the perfect candidate in the summer, with Ancelotti reportedly seeking assurances over the club’s spending going forward.

Should Everton consider a summer move for Matias Vecino? 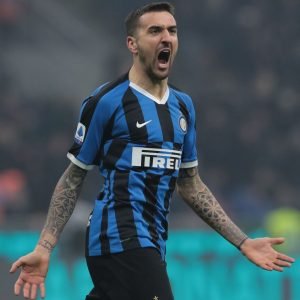 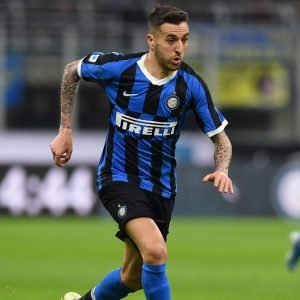