Carlo Ancelotti has indicated that he is at Everton for the long-haul, as he targets winning titles with the “beautiful club”, as reported by evertonfc.

The Italian has already made waves since joining the club in mid-December, leading Everton to 17 points from his eight Premier League games in charge, but the manager has loftier ambitions.

Speaking to evertonfc, Ancelotti revealed that he would like to stay at Everton for longer than his current four-and-a-half year contract, as he wants to win titles and challenge in Europe with the Toffees. Ancelotti said:

I signed a four-and-a-half-year deal and I would like to finish my contract, to stay here, to do my best.

And after that, if there is a possibility to continue, I would like to stay more. The ambition and idea is to stay longer.

The plan is quite clear. First of all, the Club is going to build a new stadium, which is really important.

The Club has big ambitions to be competitive in the Premier League and in Europe. We are working for this.

The base of the squad is very good. We have some young players that are growing. Year-by-year, I think we are going to improve.

When asked where he sees Everton in three years, Ancelotti continued:

I think I see Everton [towards] the top of the table, fighting for some titles, fighting to be competitive in Europe.

And, hopefully, in the new stadium with all the crowd singing my song [laughs]. This is the dream!

Many Everton fans were excited to hear that Ancelotti has ambition for Everton and that he is in it for the long-haul on Merseyside, taking to social media to express their excitement.

Twitter: @Everton @MrAncelotti he loves the blues and we love him more. we are so lucky having him here. Not only is he elit… https://t.co/Cot8BDUOAS (@siewakes20)

Twitter: @Everton @MrAncelotti I love this man and its been a while since I have liked our managers. Hope he is a big success here. (@DJC1953)

Twitter: @Everton @MrAncelotti He is one of the best things that has ever happened to Everton. Exciting times. (@strongmangwyn)

Can you envisage Everton fighting for titles in three years time? 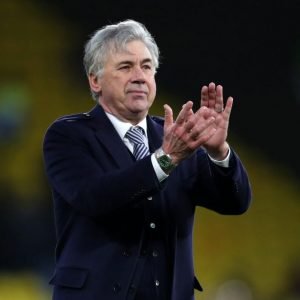 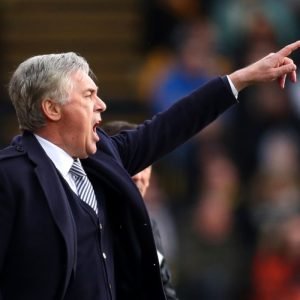