Reported Everton target Riccardo Orsolini would cost around €70million in the summer, according to Bologna sporting director Walter Sabatini.

The 23-year old forward has scored seven goals and assisted five for the Serie A outfit this season, playing 23 times in the league for the Rossoblu (Transfermarkt), and attracting interest from a number of clubs in the process.

Goal reported last month that Everton were monitoring the Italian’s progress, while Juventus had looked likely to re-sign the player they sold to Bologna last summer.

However when talking to ETV (as cited by Mail Online), Sabitini revealed that Juve don’t have a buy-back clause, and that Bologna would expect a bid in the region of €70million to land the wide man. Sabitini said:

In the negotiation process, we talked to Juventus about a possible buy-back option, but it was never written down, so it remained only verbal.

At the moment, it is unthinkable that he could be sold for the figures [€25million] that have been mentioned in the media. We would discuss it with Juventus to ensure that everyone was happy with the situation.

We are a strong club and, if the player were to leave, we would require compensation. In any case, we’re not thinking about his departure at the moment and he is not on the market.

I give Orsolini a value of not less than €70 million. I repeat that he will not leave.

Should Bologna stick to their valuation of Orsolini, approximately £59million, I think it is fair to rule Everton out of the running.

Marcel Brands revealed, when speaking at Everton’s AGM in January, that the club’s protracted pursuit of Wilfried Zaha last summer was “not realistic”, and Crystal Palace were said to be asking for a similar fee for the Ivorian, who has plenty more Premier League experience that Orsolini.

While Everton will need to be active in the transfer market in the summer as they look to get back into Europe, Orsolini could possibly be a step too far in regards to stretching the club’s resources.

Should Everton pursue Riccardo Orsolini in the summer? 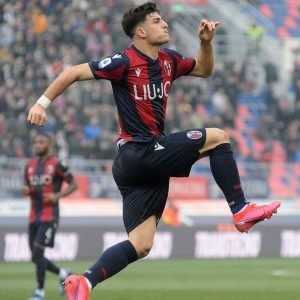 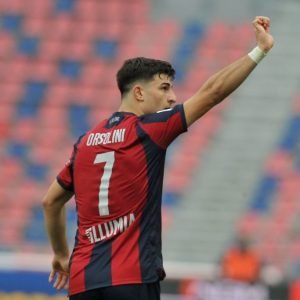