Everton midfielder Nathangelo Markelo has made a plea to Manchester United starlet Tahith Chong on Instagram, calling for him to sign for the Toffees.

The 20-year old is set to become a free agent in the summer with his contract at Old Trafford soon set to expire, and Mirror Sport claim that Inter Milan are edging closer to agreeing a deal to sign the Dutchman.

Mirror Sport also claim that Manchester United do want to tie Chong down to a new long-term deal, although at this moment in time, that seems unlikely.

While Markelo has called for Chong to sign for Everton, there hasn’t been as little as a whisper that the Blues are even considering the Dutchman this summer, or that they had even shown any interest in the past.

However, you’d imagine that Chong’s compatriot Marcel Brands may be interested in running the rule over the midfielder if he is to leave United for free this summer. Brands went on record at Everton’s recent AGM to explain the club’s need for a right-sided wide player, and while Chong has often played on the left this season, he is naturally a right-sided winger (Transfermarkt).

Chong has only made two appearances in the Premier League this season, both off the bench, so Everton may feel that they could tempt the Dutchman if the promise of regular first team football was a possibility. Still, with Inter circling, Chong could dismiss Everton’s interest off the bat.

On a free transfer and potentially a smaller salary than most other wingers to be linked with the club in recent months, I think Everton should take a punt and make an offer to Chong if it doesn’t look likely that he’ll re-sign with Manchester United.

Would Tahith Chong be a good signing for Everton? 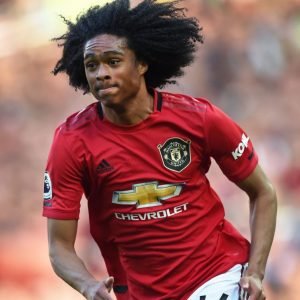 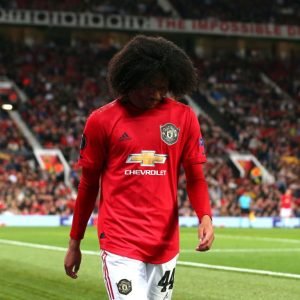