Former Tottenham goalkeeper Paul Robinson has backed Everton to qualify for the Europa League this season, talking to Football Insider.

Under Carlo Ancelotti, Everton have won 17 points since mid-December, the most points earned by any Premier League side other than Liverpool, who have won 24 points in that time period.

Since the Italian replaced interim boss Duncan Ferguson, the Blues have rocketed up the Premier League table, and currently sit in seventh place despite being in danger of relegation back in December.

Speaking to Football Insider, Robinson has credited the former Real Madrid, Milan and Bayern Munich boss’s influence for having drastically turned Everton’s fortunes around, claiming that a top six spot could be a very realistic target for the club in the remaining months of the season. Robinson said:

I think Europa League places are a realistic target for Everton. You can’t underestimate the job Ancelotti has done since he’s gone in there.

They’ve got an abundance of talent, they’ve spent a lot of money, but the stewardship at the top was clearly not there, which it clearly is now.

The impact that he’s had – and the way that he’s given Duncan Ferguson a more hands on coaching role as well. He’s not done anything hugely groundbreaking – they’re pretty much playing a 4-4-2 system every week – but he’s getting the best out of players and players are responding to him.

He’s got a free hit for half a season to have a look at the players he’s got and he’s got a window in the summer to have a look at what he wants to do, and I think you can really start judging Ancelotti and Everton after the first quarter of next season – but the impact that he’s had is there for all to see.

Should Everton qualify for the Europa League this season, it will be a massive achievement for the club, who not too long ago looked to be in real dire straits.

Following a defeat at Anfield in December, after which Silva was shown the door, Everton were in the relegation zone with just 14 points after 15 games.

In the two and a half months since, Everton have earned a further 22 points, putting them within touching distance of fifth-place in the table.

Everton’s next four games will be against Arsenal (A), Manchester United (H), Chelsea (A) and Liverpool (H), so if the Toffees want to go on a European journey again next season, now is the time for the players to deliver and for Ancelotti to really show what an elite manager can do.

Will Everton qualify for the Europa League this season? 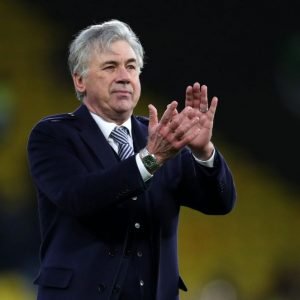 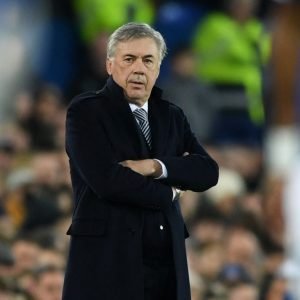