Dominic Calvert-Lewin could soon be set to pocket £100,000-a-week as Everton edge closer to tying the forward down to sign a new contract, according to Football Insider.

Football Insider reported in January that the Toffees were in advanced discussions with Calvert-Lewin’s representatives, with the club seeking to reward the 22-year old for his recent form.

The former Sheffield United striker has scored eight goals in 11 Premier League games since Marco Silva was sacked in early December, and he has now established himself as a crucial player under Carlo Ancelotti.

With Mirror Sport claiming in January that Manchester United have begun to track Calvert-Lewin following his improved form, while he has also been backed to make Gareth Southgate’s England squad, Everton have moved to secure their asset.

Football Insider report that the new deal will be worth nearly £100,000-a-week, and that it will be signed imminently.

According to Spotrac’s breakdown of Everton’s wage structure in January, Calvert-Lewin is currently on a weekly wage of £20,000-a-week.

If you compare the influence Calvert-Lewin has had for Everton this season, he deserves his wage increase when compared to many of the other, less impactful players to have a salary of that size.

Offering money like that to Calvert-Lewin also indicates how much the club value a player who has become an ever-present player in Everton’s starting line-up this season.

Calvert-Lewin deserves the pay rise, and hopefully Everton can now work to tie down other players, such as Mason Holgate.

Will Calvert-Lewin score his 12th goal of the season against Arsenal next week? 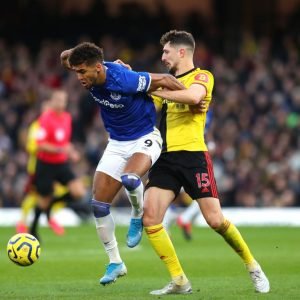 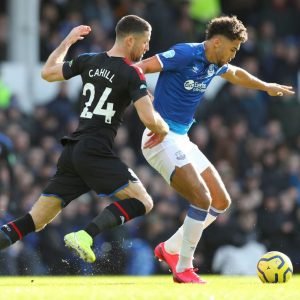