Chelsea are set to open talks with Sassuolo winger, and reported Everton target, Jeremie Boga this week, according to Mirror Sport.

The 23-year old, who left Chelsea for Sassuolo in 2018, was reported as a target for Everton last month by Goal, who also claimed that Inter Milan were keen on the Ivory Coast international.

Boga has impressed for the Neroverdi since moving to Serie A, scoring seven and assisting four goals in 22 league appearances this season (Transfermarkt).

Now Mirror Sport claim that Chelsea are set to begin talks as they look to activate the winger’s release clause, set at around £12.7million, with transfer chief Marina Granovskaia due to meet Sassuolo’s president Giovanni Carnevali on Wednesday.

Should Everton look to open talks with Sassuolo for Boga, he would likely cost the Toffees £20million, although Chelsea would have first refusal.

With Marcel Brands having spoken out about Everton’s lack of right-sided options at the club’s AGM last month, the links to Boga make sense, with the Ivorian having impressed this season.

Despite having played primarily as a left-sided winger for Sassuolo this season, Boga is also capable of playing behind the striker and on the right (Transfermarkt), and this versatility could make him an asset to Carlo Ancelotti, who will need versatile players should the club meet their ambition and qualify for the Europa League next season.

Chelsea’s determination to bring back their former player, partnered with Boga’s desire to return to Stamford Bridge, does make an offer from Everton look unlikely.

However, Ancelotti does have a certain pull among players, and nothing should be completely ruled out. 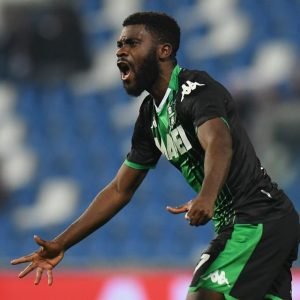 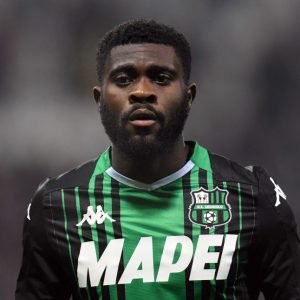