Several Everton fans have been talking about Jordan Pickford, following his latest mistake for the Blues, and discussing whether or not he should be considered as the club’s long-term first choice goalkeeper.

Despite beating Crystal Palace 3-1 last weekend, much of the post-match attention was on Pickford, who let a tame shot from Christian Benteke squirm underneath his body for the Eagles’ equaliser.

The England star was subject to criticism from some of the club’s fans following the Palace game, after which the shot-stopper hit back, saying such criticism doesn’t affect him.

Following this, many Everton supporters took to social media to debate Pickford’s situation, with some feeling that a new long-term goalkeeper for Everton could be necessary.

Twitter: @EvertonBlueArmy He is great at many things, but he doesn’t command his area well and he’s far too liable to get ca… https://t.co/lS2dB8ohAq (@WayneSmyth4)

Twitter: @EvertonBlueArmy Not tall enough to ever be world class and unfortunately believes his own hype IMO 🤷🏻‍♂️ (@McGivern09)

Twitter: @EvertonBlueArmy If we could get a small profit on him I’d sell him tomorrow. (@glioriginali_)

Twitter: @EvertonBlueArmy The season we got him the fans loved him he was a great keeper but the moment he came back from th… https://t.co/ViqOWzVw86 (@lukeblanchard17)

Twitter: @EvertonBlueArmy He’s one of the world’s best goalkeepers aged 26 and under. His wealth of experience already means… https://t.co/71jXUqHIZ6 (@SBrogarth) 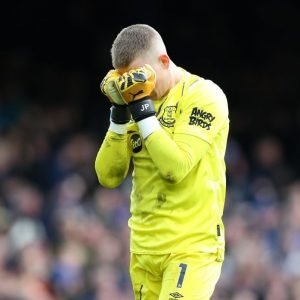 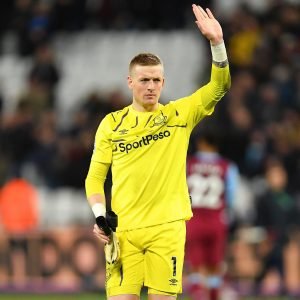