Jonjoe Kenny is expected to remain with Schalke beyond the end of the season, according to SportBild, as translated by Sport Witness).

The Everton defender moved to Schalke on a season-long loan in the summer in a bid to earn more regular minutes, with Seamus Coleman proving stern competition for the 22-year old at Goodison Park last season.

Kenny made just 10 Premier League appearances for the Blues last season, however he has already made almost double that in the Bundesliga, playing 19 of Schalke’s 21 league games this campaign.

Mail Online reported in January that Schalke were keen on keeping Kenny in Gelsenkirchen beyond their current loan agreement, and now SportBild (via Sport Witness) believe that will be the case.

However, it is not yet known in what capacity that deal will be, as Everton may prefer another loan deal instead of selling the full-back.

The report claims that Schalke will make contact with Everton at the end of the season to open talks over Kenny’s future.

Kenny’s time in Germany has been extremely fruitful for the defender so far, with David Wagner praising the 22-year old on a number of occasions this season, while Kenny has done the same for his manager.

As such, it stands to reason that both the player and the club might be happy for their current situation to continue, but Everton also need to think selfishly as they look towards the future.

With Seamus Coleman, who will turn 32 later this year, approaching the latter stages of his career at the very top, Kenny could be a valuable player for Everton going forward after his impressive run of games in the Bundesliga this season.

Kenny has developed well by all accounts, having become an integral part of Wagner’s Schalke side, and it may benefit Everton to run the rule over Kenny during pre-season at the very least before making any decision over his long-term future.

Should Everton let Jonjoe Kenny leave the club this summer? 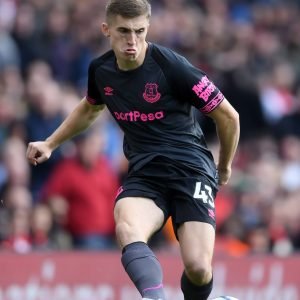 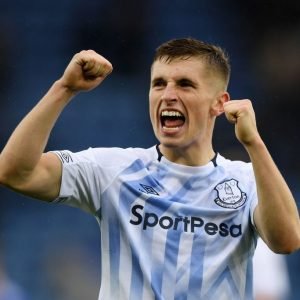