Carlo Ancelotti has been left ‘dazzled’ by Anthony Gordon this season, and is growing increasingly confident that the midfielder can be a star for Everton, according to Football Insider.

The 18-year old made his Premier League debut under Ancelotti against West Ham last month, having been named on the bench as an unused substitute by Marco Silva earlier in the season.

Gordon’s 45 minute cameo against the Hammers came over two years after his first team debut for the club, when the attacking midfielder was an 88th minute substitute in Everton’s Europa League dead rubber game against Apollon Limassol.

Ancelotti has been left impressed by Gordon during his two-month spell as Everton manager, with Football Insider reporting that the playmaker’s technical ability has impressed the Italian at Finch Farm.

The report also claims that Ancelotti is keen to continue handing Gordon first team opportunities, which will be music to Everton’s ears, as the club have long held Gordon in high regard.

While Gordon has only made one appearance so far this season, his showings for the Under-23s have already highlighted what kind of player he could be for Everton in the future.

Described as having made an “explosive start” to the season by Everton in November, Gordon has scored six goals and assisted twice in just nine Premier League 2 games.

Gordon has shown his versatility for the Under-23s this season too, playing on the left, right and through the middle, and that ability to play in a variety of positions could see him become even more valuable to Everton as he continues to develop.

Following Ross Barkley and Tom Davies having broken through into the first team before establishing themselves as regulars, it seems like it is only a matter of time before Gordon does the same, and that is a positive indicator of how effective the club’s academy is, continuing to churn out talented young players who can make an impact down the line.

Should Anthony Gordon play more before the end of the season? 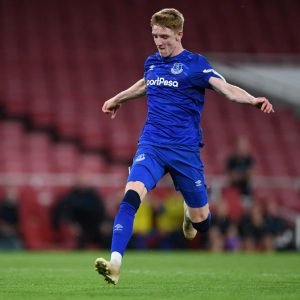 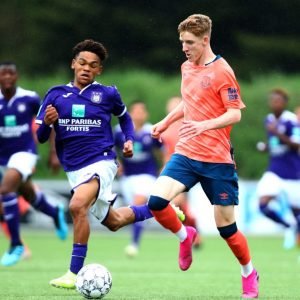