Several Everton fans have reacted to Schalke’s latest video on Twitter to feature Jonjoe Kenny, with the clip being called “cringe”.

Kenny signed for the German club on a season-long loan last summer, with Everton keen for the full-back to earn more regular game time this season.

The 22-year old has largely done that, featuring in 19 of Schalke’s 21 Bundesliga games, missing the other two games through illness and injury respectively, while Kenny has also become a fan favourite in Gelsenkirchen.

Schalke released a video on Twitter starring Kenny on Thursday, where the club staged a faux interview with the right-back imitating South Park character Kenny, who famously wears an oversized orange hooded coat with the hood up, whose muffled voice is always undistinguishable.

These Everton fans have been posting their reactions to the video on social media, playfully suggesting the Toffees terminate Kenny’s loan agreement with the Bundesliga outfit as soon as possible.

Twitter: @s04_en Cancel the loan @Everton get him as far away as possible from S04 (@YeraldMina13)

Twitter: @s04_en Oh Jonjoe what have they done to you (@Williams16Dan)

Should Everton sell Jonjoe Kenny in the summer? 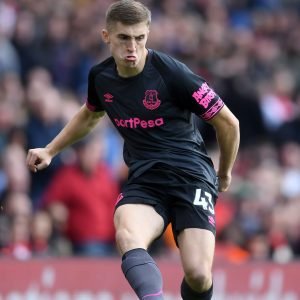 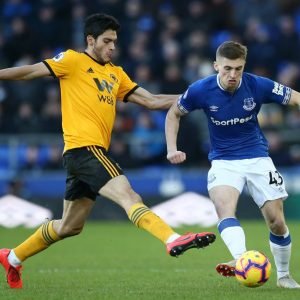