Rangers are planning a summer move for Everton defender Lewis Gibson, according to Football Insider.

Football Insider claim that the Gers had wanted to sign the 19-year old centre-back in January, only to have their advances knocked back by the Toffees.

Gibson’s contract had been set to expire in the summer and for a short while Everton had been concerned about where the former Newcastle man’s future would lie.

However, Gibson eventually signed a new two-and-a-half year contract in January before joining Joey Barton’s Fleetwood Town on loan for the remainder of the season.

According to the Liverpool Echo, Marcel Brands has devised an 18-month plan for Gibson that will see him leave on loan again next season, before being integrated into the first team ahead of the 2021/2022 campaign.

Football Insider though claim that Rangers will come back in for Gibson in the summer, and that they are already plotting their move.

This is a situation that could work out well for Everton, who want to see Gibson playing regularly next season.

Everton recognise that Gibson needs senior football to continue his development, and a move to Ibrox would allow him to play top flight football, while the lesser standard of the Scottish Premiership when compared to the Premier League could allow for an easier transition than for the 19-year old.

Rangers could be the ideal club for Gibson to continue his development with, so hopefully Everton can turn Rangers’ interest to their advantage in the summer, should he continue to perform well and earn the praise of his current manager.

To that end, Gibson could come into play for Everton at the right time for another to faze out. While none of Everton’s three senior centre-backs are in the twilight of their careers, Michael Keane will be 28 by the beginning of the 2021/22 season, and should Gibson be ready, he could be eased into Keane’s spot in the squad over time.

It is all dependant on how well Gibson develops over the next 18-months, but there are possibilities for Everton if he continues to do well.

Should Lewis Gibson join Rangers on loan in the summer? 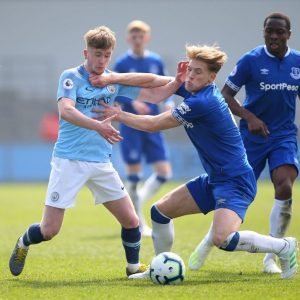 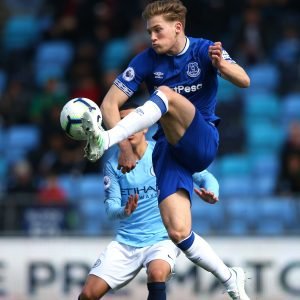