Everton and Liverpool have been joined in their pursuit of Hellas Verona defender Marash Kumbulla by Chelsea, according to CalcioMercato.

Gazzetta dello Sport reported in January that the Toffees were interested in the Albania international, while TuttoNapoli recently claimed that Liverpool are also eyeing the 20-year old.

FC Inter News also recently claimed that while Napoli had appeared to be the front runners for Kumbulla’s signature, talks have fallen through with the Partenopei, opening it up for Everton or Liverpool to shore up their interest.

Now, CalcioMercato claim that Chelsea want in on the act, with Frank Lampard considering a move in the summer.

While either Chelsea or Liverpool would represent an ambitious transfer for Kumbulla, we feel as if Everton are the most sensible option for the young defender.

The Toffees, we feel, are in desperate need of defensive reinforcements in the summer, with the club currently having just three senior centre-backs in Mason Holgate, Michael Keane and Yerry Mina, so Kumbulla could be quickly introduced to Carlo Ancelotti’s squad.

Both Chelsea and Liverpool have plenty of options in that position, so it wouldn’t be immediately clear where Kumbulla ranks in importance to their plans, but we feel it would be very clear at Everton.

Ancelotti has championed using younger players since his appointment in December, keeping faith with Holgate and Dominic Calvert-Lewin, while also handing Anthony Gordon his Premier League debut, with the 18-year old playing a full half against West Ham last month.

Should Kumbulla move to Goodison Park, he may not be the immediate choice to start in central defence, but he could quickly establish himself if he can perform in the Premier League, with none of Everton’s centre-back options set in stone.

With a manager like Ancelotti on board, a brand new stadium on the horizon and, potentially, Europa League football back at Goodison Park next season, Everton are in a good moment.

Such a good moment, that Kumbulla could consider Everton to be the right environment to continue his footballing development, and rightly so. 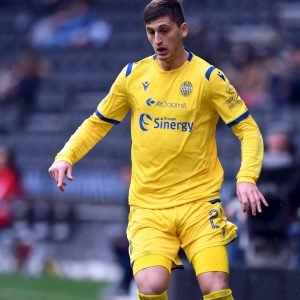 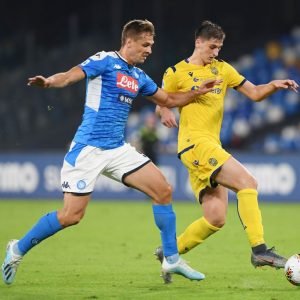