Several Everton fans have reacted to the club’s recent Twitter video, which shows Andre Gomes back in action during a training game.

Everton confirmed over the weekend that Gomes had taken part in a 60 minute, 11 v 11 training game at Finch Farm, featuring first team players and Under-23s, with the Portugal international playing the duration.

The former Barcelona man has been out of action since suffering a fractured dislocation of his right ankle against Tottenham in November, and has now returned to training ahead of potentially making his comeback against Arsenal on Sunday.

Everton have struggled for midfield options in Gomes’ absence, with Fabian Delph, Morgan Schneiderlin and Tom Davies having been relied on heavily since the 26-year old took to the sidelines.

Now on Tuesday, Everton released a small highlights video of the training game on YouTube, via Twitter, for fans to see Gomes back playing.

Several Everton fans have taken to social media to react to Gomes’ recovery and return to action.

Twitter: @Everton Well in @aftgomes . Hopefully you can play against @Arsenal on Sunday afternoon CMON EVERTON FC UP THE TOFFEES (@LewisEdClarke)

Twitter: @Everton I twitch when anyone goes near him…

the thought of that injury being fixed already doesnt seem real ! (@ClintBartonBos)

Should Andre Gomes play a part for Everton agaist Arsenal on Sunday? 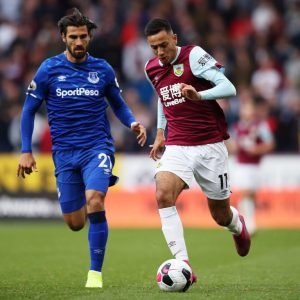 No, don't need to rush him 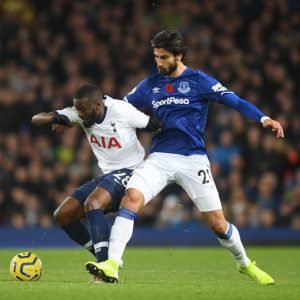