Roma have decided to sell winger Cengiz Under in the summer, according to CalcioMercato, with the Serie A side hoping to sell to a Premier League club.

Everton have been linked with the Turkey international a number of times over the past couple of months, with Turkish Football claiming in late January that the Blues are set to make a move in the summer.

Now the Blues may be in luck, with CalcioMercato claiming that Roma have decided that they want to be rid of the 22-year old, and while Milan are said to be interested in the winger, the Giallorossi would prefer he move abroad.

Tottenham were also said to be interested in signing Under during the January window, however after landing on PSV winger Steven Bergwijn, it seems unlikely that Jose Mourinho’s side will still be on the hunt for a winger.

So, should Everton make a move for Under in the summer?

Well, Marcel Brands did recently declare at the club’s AGM in January that Carlo Ancelotti’s squad doesn’t have a great deal of depth on the right side of midfield, indicating that a winger could be on the agenda in the summer window.

At 22-years old, Under is at an ideal recruitment age, as he has plenty of time to grow and improve, while also being young enough to demand a sensible sell-on fee if Everton decided to cash-in in the future.

However, the sticking point appears to be the price tag, with Turkish Football claiming in January that it would take around £34million for Everton to land Under.

Everton announced record financial losses last month, and unless the club can shift some serious deadwood in the summer, financial fair play could prove to be a problem if the club want to continue strengthening.

Ancelotti will likely want to bring in a handful of players as he looks to make the Everton squad his own, and spending upwards of £30million on a winger who has largely failed to impress this season might not be wise.

Under missed a large amount of games earlier in the season through a bicep injury, but since then he has only managed to score twice in 18 appearances, which isn’t prolific enough to demand a fee of £34million.

With other areas, such as central defence and central midfield in need of strengthening too, Everton may need to turn away form such a pricey option this summer if they wish to strengthen their squad with quality across the board.

Should Everton attempt to sign Roma winger Cengiz Under in the summer? 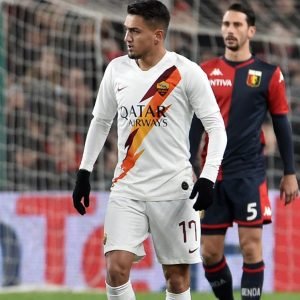 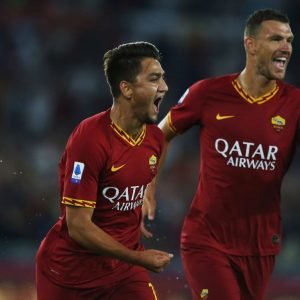