Former Tottenham striker Garth Crooks has insisted that Dominic Calvert-Lewin won’t become a top striker unless he can improve his conversion rate.

Since Marco Silva was sacked as Everton manager in early December, Calvert-Lewin has scored nine goals in 12 games in the Premier League, excelling under both Duncan Ferguson and Carlo Ancelotti.

The 22-year old scored his 12th Premier League goal of the season against Arsenal on Sunday, which takes his league total above any previous Premier League tally that Ferguson managed with the club.

Despite Calvert-Lewin’s goalscoring form though, he did miss a handful of gilt-edged chances to equalise against the Gunners late on.

Writing in his weekly team of the week column for BBC Sport, Crooks indicated that the England international hopeful must work on his conversion rate, saying:

Everton should have got something out of this game when you consider their chances. Most of them fell to striker Dominic Calvert-Lewin, who has been in blistering form recently.

However, if Calvert-Lewin wants to be among the best strikers in the country, a return of one goal in five chances just won’t cut it.

Crooks isn’t wrong, although Calvert-Lewin has shown clear signs of improvement over the past few months, having been much more clinical since Silva left the club, scoring just three goals in 13 games before the Portuguese coach left.

As a 22-year old, Calvert-Lewin has time to work on how clinical he is, and in Ancelotti’s side, he is set up to succeed if he can crack that part of the puzzle.

Everton have ambition to break into the Europa League, and they also have the squad to do it.

However, it will take players like Calvert-Lewin to put an extra amount of effort into working on their respective game for the Blues to claw up the league table and into the European places. 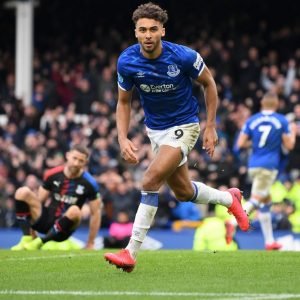 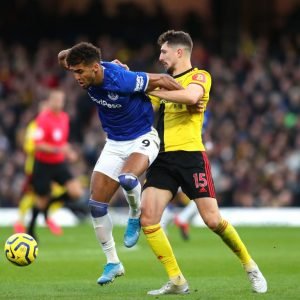