Several Everton fans have slammed Gylfi Sigurdsson while reacting to Twitter footage of the midfielder’s exploits against Arsenal.

The Icelandic midfielder has been criticised by the Everton fan base on a number of occasions this season after failing to impress for the Toffees.

Since signing for the Blues for £45 million from Swansea in 2017, Sigurdsson has never fully won the fan base over, despite scoring 13 times in the Premier League last season.

This season though, the 30-year old has only managed to score once in the league for the Toffees, while he has only been able to register two assists as Everton’s primary playmaker.

Following Everton’s 3-2 loss to Arsenal on Sunday, footage emerged on Twitter showing Sigurdsson walking in midfield while Everton were in possession, pointing and gesturing at his teammates to move and make space while he didn’t make any similar effort.

Several supporters took to social media to lambast the midfielder to showing a lack of desire, with some calling for the club to sell him in the summer.

Twitter: This still photo makes it look worse. Scream for it. Take it. Drive into that space onto their back 4. Stand up and… https://t.co/BCMjd9fgrD (@dave_bennett85)

Twitter: @dave_bennett85 Saw that and screamed at the tele too

Twitter: @dave_bennett85 He’s totally lost his bottle, legs are gone, can’t do what he used to be able to do, doesn’t even s… https://t.co/hEcfDXQGK2 (@bolski91)

Twitter: @dave_bennett85 The sooner he’s gone the better for everyone, including himself.

Twitter: @dave_bennett85 I seen this as well, couldn’t believe what I was seeing. Absolute con artist, fair play to him for tricking us for 10+ years (@GaryDeanLee)

Twitter: @dave_bennett85 I went mad at this yano look at the space in front of him, he should be gettin the ball and driving us forward (@youngie1989)

Should Everton sell Gylfi Sigurdsson in the summer? 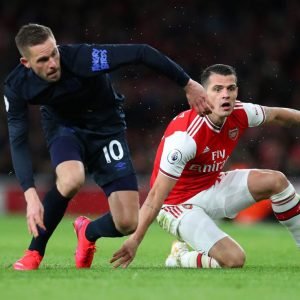 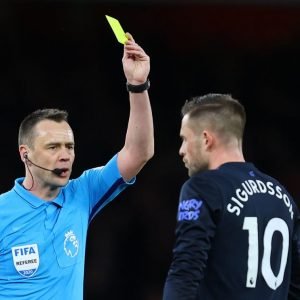