Everton may have received a transfer boost ahead of the summer window, with Napoli boss Gennaro Gattuso making his stance on Hirving Lozano clear, via AS.

The Mexican winger has struggled to impress in Serie A this season since making a high profile switch from PSV to Napoli last summer, scoring just twice in 16 league appearances.

Lozano’s form has seen him fall out of favour under manager Gattuso, with the 24-year old having played just 50 minutes since the New Year.

Everton have been reported as holding an interest in signing the winger in the summer, with TuttoMercatoWeb claiming over the weekend that Carlo Ancelotti could look to convince the club’s board to make a move soon.

Speaking in his press conference on Monday (via AS), Gattuso may have given Ancelotti and the Blues even more hope of landing Lozaro, by ruling him out of his first team for the forseeable future. Talking about his game against Barcelona on Tueday, Gattuso said of Lozano’s chances of being involved:

Lozano has to work harder and improve to be ready. Right now I am looking for different qualities that he doesn’t have so at the moment I have no space for him in my team.

It is not just him, I want to make that clear, there are other players that need to work harder and they are just as important as Hirving but they are also not playing right now.

Should Everton decide to shore up interest in Lozano over the coming months, they will surely be buoyed by the player’s situation.

Marcel Brands spoke at the club’s AGM in January, declaring that there is a need for a right-sided winger as the club are short in that department.

With Ancelotti having been the man to sign Lozano for Napoli, and Brands being responsible for bringing Lozano to PSV before that, the Mexican is a natural target for the Blues.

Lozano could be a worthy addition on the pitch. At PSV last season, the former Pachuca man scored 17 times and assisted 11 in 30 Eredivisie games.

Lozano could represent the full package that Everton desire, and with his stock having fallen at Napoli, the Blues could hope to have less parties to compete against for his signature.

We could see the situation change again in the coming months, but for now, Everton should begin to prepare an offer as they may need to move quick to land Lozano.

Will Everton land Hirving Lozano in the summer? 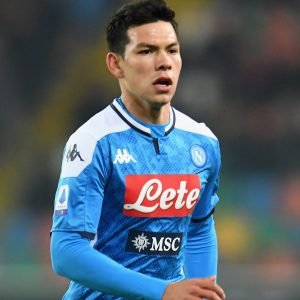 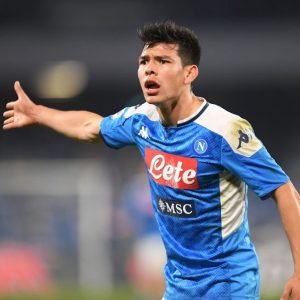