Everton are interested in signing Celtic striker Odsonne Edouard in the summer, according to Daily Record.

HITC transcribed a BBC Sportsound interview with Celtic legend Pat Bonner on Monday, where the former goalkeeper claimed that he had spoken to an Everton scout over the weekend, who had gushed over Edouard and Callum McGregor.

Now the Record have seemingly backed Bonner’s story concerning Everton’s interest in the Frenchman, who has been on fire for the Hoops this season.

The 22-year old has scored 20 goals and assisted a further 10 in 25 games this season, putting him some way ahead of Rangers duo Jermain Defoe and Alfredo Morelos in the SPL goalscoring charts.

I would be surprised if Everton elected to move for someone like Edouard in the summer, purely on the basis that another forward shouldn’t be considered a necessary expense.

The Toffees already have Dominic Calvert-Lewin, Richarlison and Moise Kean as young, hungry and talented options, and adding a fourth player of a similar ilk to that group would only serve to dilute the impact that one of the trio could have.

Should Everton elect to sell or loan out one of the trio in the summer, then Edouard could be an extremely viable replacement, with his impressive goalscoring record sure to attract interest in the summer, with Newcastle and Man United also known admirers.

Should Everton attempt to sign Odsonne Edouard in the summer? 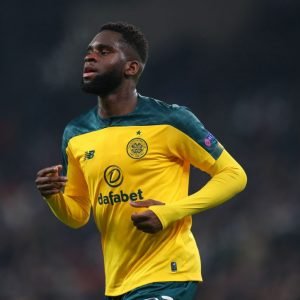 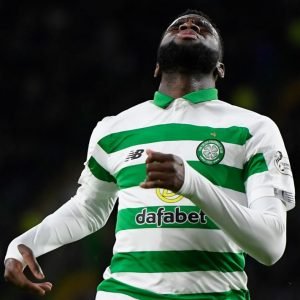