Several Marseille fans have expressed their thoughts on Everton’s reported interest in Morgan Sanson, with a number of supporters of the French club seemingly desperate for him to remain in Ligue 1.

Express Sport reported earlier this week that Carlo Ancelotti is hoping to pip both Manchester United and Tottenham to the signing of the French star ahead of next season, as he looks to add another midfielder to his squad during the close season.

The 25-year old penned a new contract with Marseille in December 2018, with the deal said to include the stipulation that Sanson would be allowed to leave at the end of the 2019/20 season if a suitable offer came in.

With Ancelotti seemingly keen to take advantage of that agreement and take Sanson away from the Stade Velodrome, many Marseille fans have expressed their displeasure on social media, with some regarding the midfielder as their “best player”.

Twitter: @TheGwladysSt Would be a shame to let him leave… (@350uda)

Twitter: @TheGwladysSt Oh no @Everton, don’t do that to us, please! He’s our only talented player with Payet! You have no right 😭😭😭😭 (@Nickson_ripoux)

Twitter: @TheGwladysSt No! He is our best player we need him for champions league! (@omomassilia)

Twitter: @TheGwladysSt Even for 65 M we won’t let him go best player of the season imo (@SeisUltimo)

Twitter: @TheGwladysSt Even for 75 M we won’t let him go best player of 3 last seasons (@_lcare_)

Do Everton stand a chance at landing Morgan Sanson? 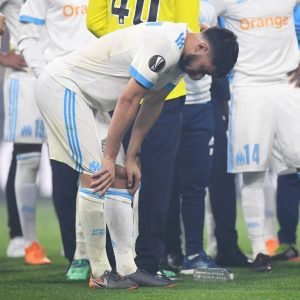