Everton are interested in signing Santos winger Yeferson Soteldo, according to the president of the Brazilian club (talking to Calciomercato), and he could be the man to solve Carlo Ancelotti’s wide man problem.

The 22-year-old winger had apparently emerged as a target for Inter Milan recently, however the Nerazzurri baulked once they were quoted €35 million for the Venezuela international.

Other than Inter, Santos president Jose Carlos Peres claims that several Spanish sides and all of the big Brazilian clubs are keen on Soteldo, while he specifically names Everton as an interested party.

I will confirm Inter asked me for Soteldo, specifically [sporting director Piero] Ausilio in person, but he stopped when I requested €35m.

Soteldo is a young player with sensational skills, a player who can decide games.

I’ve received requests from all the big clubs in Brazil, he is wanted by Premier League sides like Everton, as well as many offers from Spain.

Should Everton shore up their interest in the 22-year old, Ancelotti may have found a player who can solve his right-midfield problem, with the Toffees lacking depth in that area.

Marcel Brands previously expressed his desire to see Everton strengthen that area this summer, with only Theo Walcott naturally suited to that flank.

Richarlison has been preferred up front, while both Alex Iwobi and Bernard are usually preferred on the left-side, leaving Walcott as the only competing right-sided winger.

While Soteldo has primarily played on the left for Santos, he has shown that he is capable of switching flanks, and with Transfermarkt claiming that the forward is ambipedal, that should make it easier for him to transition permanently to the right.

€35 million might be steep for someone so unproven outside of Europe, but should Brands and Ancelotti believe that he is the man to take Everton forward, his price tag should be considered exciting. 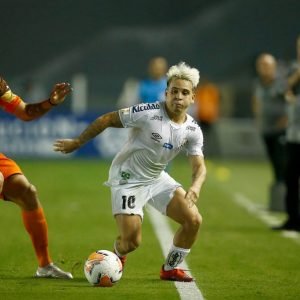 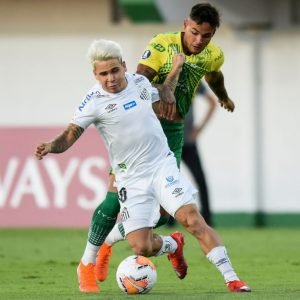