Everton could land midfield target Lorenzo Pellegrini for as little as £13 million this summer, according to Corriere dello Sport.

Calciomercato first referenced Everton’s interest in the Roma midfielder earlier this month, with Carlo Ancelotti said to be a fan of the Italy international.

Now Everton could have the opportunity to seal a deal for much cheaper than originally thought, with Corriere dello Sport revealing that Pellegrini’s release clause could allow the Blues to complete a less costly purchase this summer.

The report claims that Pellegrini’s £26 million release clause is able to be paid in two separate instalments of £13 million, that can be paid up to two years apart.

Described as one of Europe’s top young midfielders, Everton could land a real snip of a deal if they can bring Pellegrini to Goodison Park for as little as £13 million.

Playing primarily as an attacking midfielder this season, the 23-year-old has scored just three goals in all competitions, although he has assisted a further 11 (Transfermarkt). Conversely, Gylfi Sigurdsson has scored just once, while he has only managed two assists in the Premier League.

It was reported in January that Ancelotti was looking to sell the Iceland international in the summer, and with Pellegrini available and capable of replacing him, it could give the former Milan boss the impetus to shift the former Swansea man.

Would Lorenzo Pellegrini be a good signing for Everton? 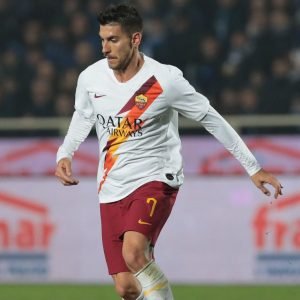 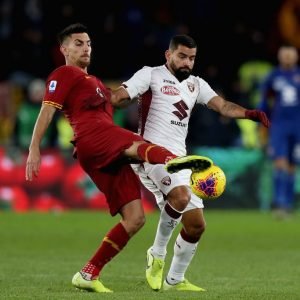