Everton have made preliminary contact with Napoli over a deal to sign striker Arkadiusz Milik, according to an Arena Napoli exclusive, and a move could prove to be a huge coup for the Blues.

Along with Milik, Everton have been linked with a slew of Napoli stars over the last few months, including but not limited to Hirving Lozano, Allan, Fabian Ruiz and Lorenzo Insigne.

Now Arena Napoli (translated by Sport Witness) claim that th 26-year Poland international has emerged as a target, with Everton apparently ready to make an offer worth €30-35million.

That fee is lower than the €45-50million that Napoli president Aurelio De Laurentiis would like for the striker, who has scored nine goals in 16 Serie A games this season.

However, the Partenopei chief is said to be willing to meet halfway if Everton do decide to make a move, while the Toffees would offer Milik a €4million per year contract, which is said to be more than other interested parties at this time.

With Tottenham said to be very keen too, Everton could pull off a coup if they manage to snatch the Pole from under Jose Mourinho’s nose.

Despite Milik having had more more shots per game (3.4) on average than any of Everton forward’s this season, as well as earning an average match rating (7.11) behind only Richarlison (7.32), Milik’s signing would be still be a surprising one.

Richarlison, Dominic Calvert-Lewin and Moise Kean are all 23 or younger, and the club have invested heavily in the trio, considering them to be in the club’s future. Should another striker join that group, it would likely mean Kean would lose minutes, which would appear to be counter productive.

Marcel Brands believes Everton need to sign a right-sided winger this summer, while Ancelotti wants to bring in another midfielder. With just three senior centre-backs currently at the club, another defender is an obvious necessity too.

If the Toffees do sign the striker it would be a coup, as the forward is clearly an elite player and is wanted by clubs in stronger positions than Everton, but a move seems both unlikely and unnecessary in my eyes.

Do Everton need to sign another striker in the summer? 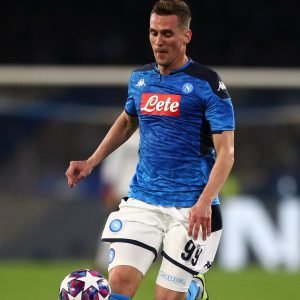 No, we've got enough options 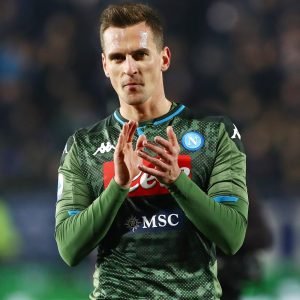