Everton’s Director of Football Marcel Brands could be set for a new deal with the Toffees – but the Everton board will wait until January before opening contract talks.

The Dutch transfer guru joined the Merseyside outfit from Eredivisie side PSV Eindhoven on a three-year deal in 2018, which leaves the 58-year-old out of contract in the summer of 2021.

It is understood by the Liverpool Echo that Everton would usually wait until the New Year before discussing the futures of senior executives and Marcel Brands is expected to be no exception to this policy.

The Dutchman, who is also on the Everton board of directors, is believed by the Echo to be held in high regard. The board are pleased with how the director of football model of recruitment is offering continuity going forward.

Everton manager Carlo Ancelotti was keen to praise Brand for his work:

“The job that he is doing is really good. I said before the transfer window we had the discussion about the new players and we were totally agreed to sign these players.

“I would not force a club or a director to sign a player that they don’t like.

The club’s Academy and recruitment and scouting system, all of which he has started to revamp since his appointment, also fall firmly within the Dutchman’s remit. The arrival of French teenage left-back Niels Nkounkou and midfielder Imam Jagne to the under-23s set-up are just a handful of younger signings Brands has been accredited with.

Brands is undoubtedly integral to the structural set-up at Goodison Park.

His recruitment policies have seen a number of new faces, such as Allan and James Rodriguez, arrive at the club. Combined with his further attention to the youth development system at the club, and the impact Brands has in identifying and securing fantastic talent is clear.

Securing Brands to an extended deal is therefore crucial to the long-term future of the on-pitch successes of the club.

Does Brands need a new deal? 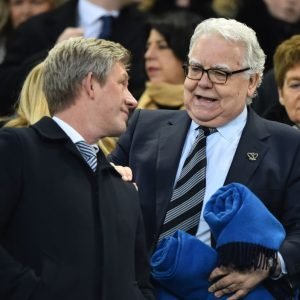 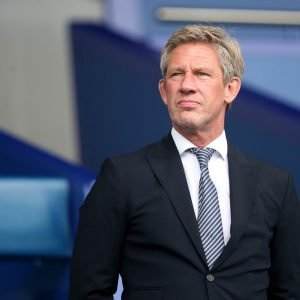