Everton are joined by Premier League rivals Tottenham Hotspur in eyeing a move for Polish international striker Arkadiusz Milik in January, according to Calcio Mercato.

A number of clubs, including Italian giants Juventus, have been alerted to the player’s availability after the 26-year-old was a notable exclusion from Napoli’s Serie A and Champions League squads.

The Polish-born hitman has less than a year left on his contract and is eligible to sign a pre-contract agreement with any club from January. The former Ajax talent has scored 38 goals in 93 league appearances and could further bolster an Everton side that boasts Richarlison, James Rodriguez and Dominic Calvert-Lewin as attacking threats.

It was previously believed that the player was willing to run down his Napoli contract and leave as a free agent, but it is now understood that the player is growing frustrated in Naples and will opt for an earlier move in the winter transfer window.

Speaking to Sportowefakty.pl in October, Milik said: “Now, I’ll wait for the next transfer window and I hope the clubs can find an understanding. Physically I’m fine, I have trained well individually.

“I will play matches with the national side. In three months, my form won’t be affected too much.”

A transfer deal in January would be shrewd and relatively cheap move by the Toffee’s board – but they will face strong competition to bring the Polish striker to Merseyside.

With a goal ratio of almost one goal in every three appearances, Milik is evidently a prolific threat with the potential to add a lot to Ancelotti’s side. However, a deal will not come easily. 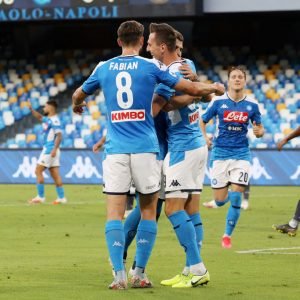 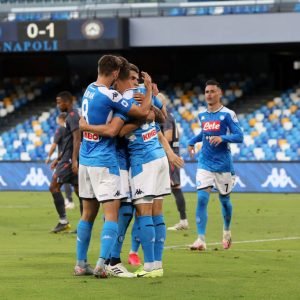