Everton are reportedly keen on a loan move Manchester United’s Dan James, who has been dubbed a ‘speed machine’, according to reports by Football Insider.

The Merseysiders had previously gone toe-to-toe with United to sign the pacey winger from Swansea last year but were ultimately unsuccessful.

However, the report claimed that any January raid on the Red Devils will likely be on the basis of a loan acquisition. This may be to offset risk, as James has struggled to adapt to life in the Premier League – he has only managed four goals and seven assists since joining Manchester United in 2019.

He has typically operated on the left flank in an attacking capacity in his career, but he has been increasingly being deployed on the right at Old Trafford – itself a testament to his versatility.

James has made just three Premier League starts among five appearances in all competitions this season after being a more familiar face in the team during his debut campaign in Manchester.

Football Insider added that Everton are looking to add pace and penetration to their attack in January after the unavailability of Richarlison for three Premier League games ‘nullified their cutting edge and coincided with consecutive defeats’.

Everton would certainly do well to avoid a permanent fee for James. His lack of impact in recent months presents a high level of risk for a permanent move, so a loan is far more suitable.

Were he to impress at Goodison Park, perhaps the insertion of an option-to-buy clause may be a shrewd move by the Toffees in order to secure better value for money whilst offsetting some risk in the process. If Everton could get him firing, he could be a valuable home-grown asset.

Should Everton loan or buy James 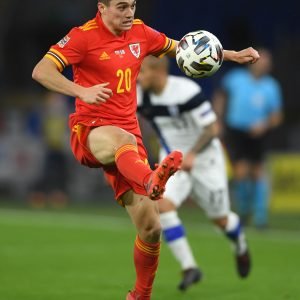