Everton have announced their first signing of the summer in Huddersfield Town goalkeeper Jonas Lossl, who signs on a three-year deal.

| @JonasLoessl will join #EFC on 1 July, signing a three-year contract until the end of June 2022! (@Everton)

The Denmark international has signed a pre-contract deal that will see him join the club officially when his Huddersfield contract expires on July 1, and with the Toffees having tied up the deal, they’ve got their business off to the perfect start.

It had been made clear over the past few months that the club were looking to sign a new goalkeeper to challenge Jordan Pickford, with Maarten Stekelenburg having failed to offer any threat of note this season.

Pickford’s drop in form over January/February left Everton in a difficult position, where Marco Silva was forced to ride it out and stick with an underperforming player in a vital position.

With young Joao Virginia likely to leave on loan this season, as he isn’t yet ready for first-team Premier League action, Lossl is a marked step up on Stekelenburg and will provide competition. 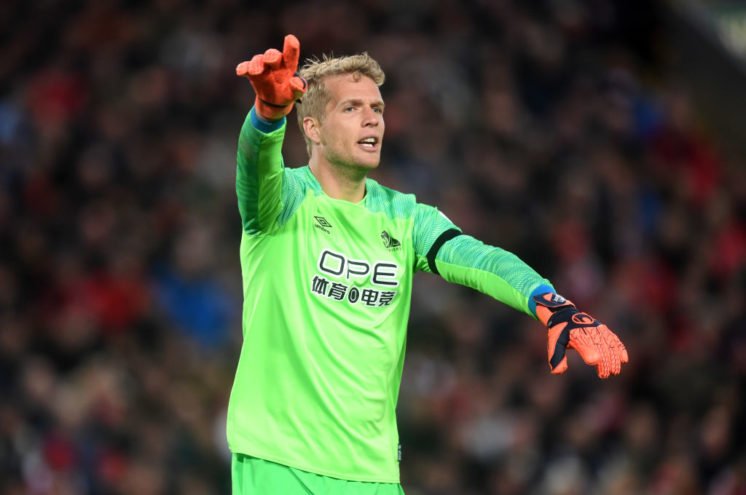 Some fans have questioned the ability of Lossl, and whether he is good enough to actually challenge Pickford. It is a fine margin to target both a player who will offer genuine quality, while also being willing to take up a second-choice role, and not many clubs have struck that balance.

While Lossl isn’t the best second-choice in the league by any stretch of the imagination, he is a Premier League proven goalkeeper, boasting 69 league appearances in two seasons, and will provide enough of a threat to hopefully keep Pickford on his toes.

The England international won’t be at threat of losing his long-term position, but it might give him food for thought should he have a series of games that are below par, where the Dane can come in for the short-term.

While a second-choice goalkeeper isn’t the most inspiring or exciting signing for fans to rally behind, that back-up spot is a position that many don’t appreciate the importance of, so it is great to see the club land their man early so they can focus on larger targets, particularly given that no transfer fee was necessary.